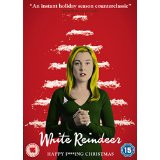 White Reindeer is written and directed by Zach Clark (Vacation!, Modern Love Is Automatic) and is a black comedy telling the story of Suzanne Barrington (Anna Margaret Hollyman – Gayby, The Den)

Suzanne has the perfect life, she works as a real estate agent and her husband Jeff (Nathan Williams – Eugenia and John) is a successful weatherman who has just secured a dream job in Hawaii. With her favourite holiday coming up, everything is brilliant, until one day she comes home from the supermarket to find Jeff shot dead in the house. 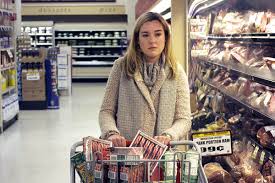 With her life in tatters, Suzanne has no choice but to try and pick up the pieces. It’s the beginning of December and while the rest of the world is getting ready for Christmas, Suzanne is wandering aimlessly, looking for some sort of meaning to everything that has happened.

On top of everything else, a work mate of her husbands drops a bombshell after the funeral, she wasn’t the only woman in his life. There’s also Fantasia (Laura Lemar-Goldsborough in her first acting role), a dancer at the local “girl club”. 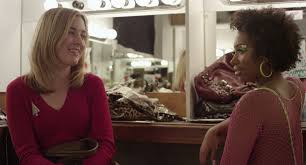 Suzanne reaches out to her and united by their grief they strike up a strange friendship based on partying, drugs and shoplifting.

Suzanne also tries out becoming friends with her delightfully kinky swinger neighbours, Patti (Lydia Hyslop – Lake Dead) and George (Joe Swanberg – You’re Next, V\H\S), whose house she sold to them, but their lifestyles are very different and it’s a world she doesn’t really understand. 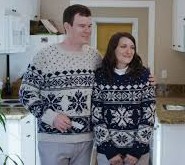 Juggling her parents, her grief and her need to still make a Merry Christmas for herself, even if she has to max out her credit cards to buy it, this is the tale of a very strange, sad December in suburban Virginia.

Don’t be fooled by the title into thinking that this is a festive film for the whole family, it most certainly isn’t and you won’t find any Christmas cheer here either. It is a black comedy through and through, although the comedy aspects are few and far between and are, for the most part, more ideas than actual gags, which works really well. 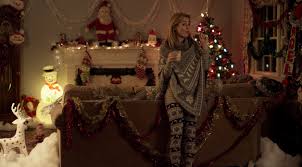 It is quite a strange film, nothing really happens as such and it’s more just a window into the world of someone struggling to come to terms with their grief in the midst of the festivities and learning just alone you can be when you are on the outside looking in.

I would recommend this, but only if you are into black comedies and only if you are aware that although it is very well written and acted and funny in places, watching it isn’t necessarily an entirely enjoyable experience.

White Reindeer is available to buy now on DVD.