4 stars for this engaging and tense found-footage film. 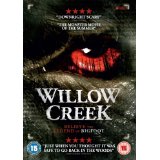 This young couple are following in the footsteps of the famous Patterson Gimlin expedition of 1967, as they head out into the wilderness to attempt to secure footage of a Bigfoot.

Despite her skepticism, Kellie has agreed to accompany Jim on his quest to make a documentary about this most elusive of creatures. Together, they strike out along the “Bigfoot Byway” heading for Bluff Creek where Bigfoot was spotted and on to Willow Creek, where they find a small but thriving tourist industry built around the legend of the Sasquatch. 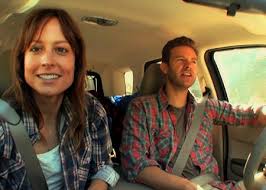 After a series of highly entertaining interviews with the locals and an impromptu song performed by Tom Yamarone, the couple take their tent and head off away from civilization, where they quickly realize that this may not have been the best idea.

This is a very simple story and a very simple filming method, which hardly ever works. However, in this case, the hand held camera work is far less jolting than usual. In fact, one of the longest sequences is just of our heroes sitting in their tent listening to the night sounds around them as the camera looks on. 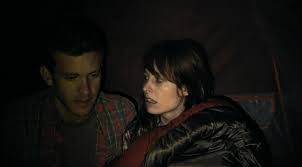 Now, that sounds like it should be boring, but it had me on the edge of my seat, as the tension is built up beautifully. It also helps that there are no hysterical teenagers to put up with, this couple are both mature and extremely witty, making for some highly entertaining banter.

If you are into horror films, especially found-footage ones, then this is definitely for you, but don’t be put off by that element of it, it works really well here.

Well worth adding this one to your collection for a night in front of the telly with a bucket of popcorn and your brain left at the door.

Willow Creek is available to buy now on DVD.