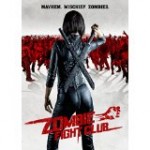 Zombie Fight Club is directed by Taiwanese director Joe Chien (Apostles, Zombies 108) and is set in Taipei, Taiwan, in an apartment block which seems to be a less than desirable address even before the arrival of the Zombies. 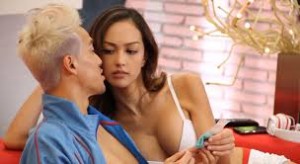 It is an interesting new take on the idea of the start of the Zombie Apocalypse, in this case by the ingestion of the latest drug craze, Bath Salt, which allegedly increases your prowess and stamina, but has the unfortunate side effect of turning you into a flesh eating Zombie, who can then transmit the virus by biting in the traditional manner. 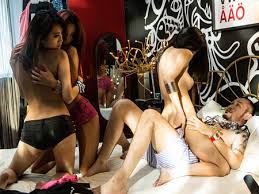 As the city around descends into chaos, this little apartment block remains an island of criminal, but not zombie, activity. That will all change with the delivery of a small package of drugs to one of the flats,  owned by David (Derek Tsang – Isabella, The Thieves) and his girlfriend Jenny (Jessica Cambensy – Double Trouble). Before long, all his mates arrive with their prostitutes to party and take drugs and the fun begins.

The other inhabitants are no better. One of their neighbours has a kidnapped man in their flat, and one of the other residences belongs to a cartel, who are about to be raided by a less than legitimate S.W.A.T. operation.

All of this will become irrelevant however, as the Zombie hordes descend and everyone, criminal or otherwise is forced into a desperate struggle for survival. 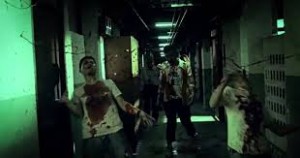 Zombie Fight Club is a very entertaining film, with some great choreography and plenty of blood and guts, death by brain mincing was one of my particular favourites. The action is uncompromising and brutal and the special effects equally so and some of it did make me feel genuinely uncomfortable. 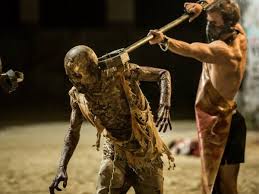 Don’t worry that the title of the film appears to have no relevance, it takes a while but they do get to it about two thirds of the way through and it’s fun getting there. The explanation is great, even given the slightly dodgy translation.

The subtitles are a bit strange, a lot of the conversations take place in English rather than Chinese yet are still subtitled and things like “woman screaming” aren’t really necessary, I’m not deaf, I just don’t speak Chinese!

However, this is a glorious film and will grace any Zombie lovers collection.

“I just wanted to bring drunken girls for sex! Why did I get the living dead?”

Zombie Fight Club is available to buy now on DVD.