“THE GHOSTS OF BORLEY RECTORY” 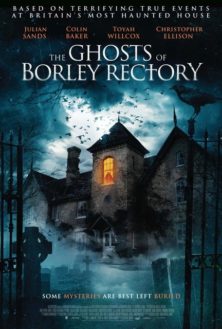 Greenway Entertainment UK and director Steven M. Smith (Ghosts, The Doll Master, Borstal, Red Army Hooligans, Dead Again, Essex Boys: Law of Survival) has sent out his new trailer for the follow up to their well recieved horror The Haunting of Borley Rectory. Steven M. Smith said, “We are so excited to release the Official Trailer for THE GHOSTS OF BORLEY RECTORY. Working in partnership with Globalwatch Films, CoCo Pictures and Champdog Films has been excellent. We have a very strong and talented cast and crew and cannot wait to show you all the film which we feel is our best and scariest work.”

1937, Essex, England. Given an opportunity to investigate the most haunted house in England, leading British paranormal investigator, Harry Price, is given the keys to the infamous Borley Rectory for six months, hoping to discover the truth behind the hauntings, strange sounds and apparitions that have plagued the abandoned property and surrounding area for over 500 years.

We at RRR are looking forward to seeing the release Halloween 2021. The film is released through Kaleidoscope Distribution.