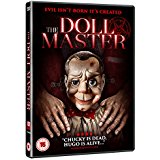 Fears, Beliefs and a Chiller Doll.

Greenway Entertainment (Essex Boys: Law of Survival, Invasion Earth) brings us their latest indie film The Doll Master, a chiller and if you have Pediophobia this will be a very uncomfortable experience. Written and directed by Steven M. Smith (Haunted) he takes on a creepy tale of the power within a doll. For me Tiffany-Ellen Robinson, (Borstal) Eleanor, steals the show and makes this a first class indie horror film. A cut above the rest.

Norman (Tony Fadil, I Am Hooligan) isn’t a normal member of society, he has to stay indoors and take his medication for everybody else’s safety. It has been like that for the last thirty years. He suffers from nightmares about closed in places and dolls and weird damaged mannequins that have come to life.

He has his best friend living with him at his house, Hugo and he talks to him a lot and we get our first shock as he shows up in Normans bathroom mirror as he does his morning routine.

hunger, before he is interrupted by the doorbell ringing. Norman recognises that that it isn’t the usual person ringing the bell at this time. It is Johny (Rorie Stockton, Borstal) who tells him he is his carer for the day, he persuades Norman to let him in and Johny starts his banter to get Normans confidence before he makes sure Norman takes his daily medication and signs it off.

Johny says he needs the toilet and Norman says that it is upstairs and off Johny trots, but you can see that he has an ulterior motive to

this derelict house search, Hugo warns Norman that Johny is up to no good and that he is after him. Norman is flustered but calls Johny downstairs who goes into the kitchen and meets Hugo for the first time. Johny is amazed at Hugo and wants Norman to get him valued and he knows some one just down the road that can do it, but we know Norman can’t leave the house so he refuses all of Johny’s ideas, before making him leave.

Night time and a balaclavad figure firtles with a back door and manages to unlock it and enters Normans house, and he soon finds Hugo and makes his escape, while Norman has his usual nightmares.

In the morning Norman wakes in a cold sweat and searches for Hugo, but he is nowhere to be found, but he soon gets text messages saying “we have him” and “come to the Fort”. He knows which Fort and even though he hates the outside world he gets a taxi and travels the £27 distance to the Fort.

Inside the derelict house associated with the tunnels are a producer Sarah (Sarah Rose Denton, Curse of the Witching Tree), Malik (Jon-Paul Gates, Invasion Earth) her cocky security guy and Johny and the owner of the house and tunnels (Steven M. Smith) who explains how over the last eight years of his 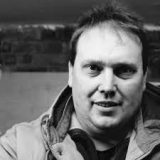 ownership his builders and others have seen and heard many a thing in the dilapidated construction. Sarah wants to make a documentary on the goings on, but the owner wants a disclaimer so that if anything happens to them down there it has no bearing on him.

They descend and they soon find a collapsed Norman and Sarah and the others are in his face asking him lots of questions, this upsets Norman.

Let the Chills hit the spine.

The Doll Master is available on DVD now.