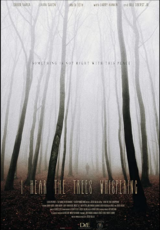 Once again, József Gallai (The Poltergeist Diaries, Moth, Spirits In The Dark, A Guidebook to Killing Your Ex) has come up with a new way to captivate us with this new film. He comes at this subject of isolation from a Point of View, not ever seeing the lead actor, and only glimpses of his tormentors. Fresh and Enthralling.

Pete Baez, Shawn Michael Clankie, Anais Jessica Berinde, Joseph Richmond). We hear snippets of music and talk shows, which mention a mystery man living in the forest for many years, according to local legend.

The vehicle contains Will (Gábor Varga, In the Line of Fire (TV Series)) who has taken a forestry job being the caretaker of a portion of a huge three-thousand square kilometre forest. His part is named Lily of the Valley, a name that is not missed by Will as it is the same as his estranged young daughter.

With the job comes a cabin in the woods and a communications halo that Will dons, with this he talks to his co-ordinator June (Laura Saxon, Emergency: LA (TV Series)) who tells him that it has been eighteen moths since the last caretaker was present, so there are plenty of fences to repair and odd jobs to be done. As he walks about talking to June, we hear the silence of the forest compared to the crunch of the crispy fallen leaves, enhancing the feeling of isolation. 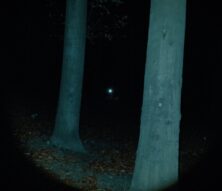 But he is not alone as the shrill sound of a chainsaw ricochets through the trees, after conferring with June he finds that there is no logging going on till the end of the week. Armed with just a fold out penknife, he follows the sound and comes across a wildlife hide and there on the ground is the aforementioned chainsaw and a rucksack, but no owner. He searches the bag and at first he thinks he has made a gruesome discovery, which adds to his paranoia.

This is his first encounter that scares him, and as we go through the film he encounters strange things that go bump in the night. As Will and June get to know each other, he starts to open up about his life and the things that have gone wrong for him. June reciprocates and her life seems to mirror what happened to Will’s wife before he met her, plus many other similarities.

A BTS shot of our writer/director József Gallai. 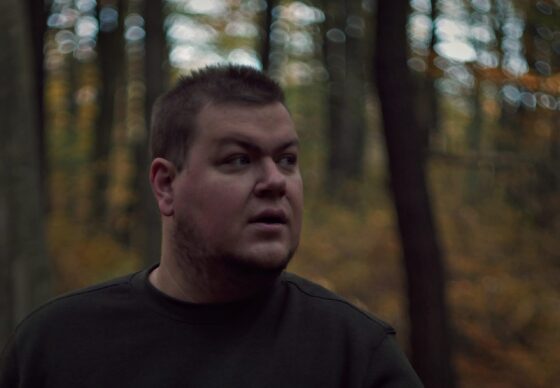 I Hear the Trees Whispering is a departure from József’s other found footage films, with less of the scare and more of the mystery, and you will not see the twist coming until it hits you right between the eyes.

You can get the OST on January 21st by Gergő Elekes (The Poltergeist Diaries.)