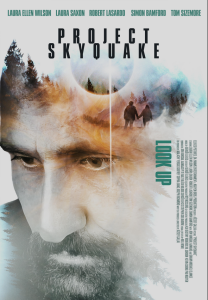 Once more, Hungarian writer/director József Gallai (I Hear the Trees Whispering, A Guidebook to Killing Your Ex, The Poltergeist Diaries, Moth) thinks outside the box when it comes to the genre he decides to work in. Project Skyquake is filmed in the found footage style that József does so well. This time he takes the Sci-Fi genre by the scruff of the neck and rings out every bit of fear as we look at tranquil scenes, that are suddenly shattered.

With strong female leads, Project Skyquake highlights the great talents of Laura Ellen Wilson (I Hear the Trees Whispering, Introspectum Motel) and her sidekick Laura Saxon (Emergency: LA (TV Series), Heading Nowhere Fast (TV Series)), as they take us along on the journey of their video log of the phenomenon that is occurring around the World above the clouds. Look up.

Project Skyquake starts with a tale of woe, as Andrew Derrickson (Simon Bamford, Hellraiser, Nightbreed) wonders where to begin his tale, a month ago his daughter and her best friend got lost near a small village, never to be seen again. It was a day that the World changed. Over six and a half 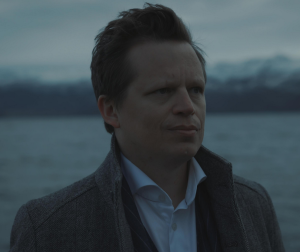 billion people no longer live on the planet earth, they have simply disappeared. No one knows how or why, and those that put forward theories are branded as weirdos or psychos. But one voice seems to hold sway, Professor Per Stokkebø (Jon Vangdal Aamaas, Cannibals and Carpet Fitters, Nest of Vampires) who studies aeronomy, the study of the physical effects and interactions within the atmosphere (Skyquakes) for the last thirteen years.

He claims that these events have been growing since he witnessed an event in 1999. Even his has been called crazy,  what he thought was crazy was the theories of Cassie Derrickson (Laura Ellen Wilson) who had sent him her theories and findings into these phenomenons.

Cassie has her theories and to help her she has her bestie Margot (Laura Saxon). Cassie has just got a new job at university in Hungary as the news editor and reporter, and the first article she wants to write is about the strange noises coming from the sky. 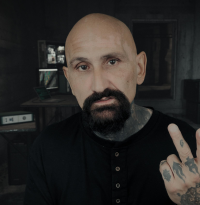 phones Cassie, he tells her that he has sent her a video that will blow her mind, she finds that it is fellow sky watcher Scott Carmichael (Robert LaSardo, Lake of Shadows, Bridge of the Doomed), he tells that these events have spread to every corner of the planet. Cassie takes this as a signal to go find the answer to these strange, noisy events. This is Cassie’s and Margot’s story in video form.

Be prepared, keep your loved ones close. And watch the skies. Because something is up there.

See what they see, hear what they hear. Keep your eyes on the sky.

How can something be so beautiful, but feels so terrible at the same time.

Project Skyquake comes to you via Elekes Pictures, Da Yams Entertainment and Nguyen Bro s. Production. Once again, the atmospheric music is supplied by Gergø Elekes (I Hear the Trees Whispering, Spirits in the Dark) to go along with the eerie music are the visual effects by Neil Rowe (Robot World, Alien Outbreak) which add great effect to the feel of this Sci-Fi film.

Keep your eyes peeled to see if you can get a look at József Gallai‘s newest project.