We would like to introduce to you our reader Amy Kinder, an eager up and coming actress who believes,

“You have the right to dream it and then live it.”

We asked her a few questions to get her views out in the world, here is what she had to say.

First and most importantly; thank you so much for this opportunity, its a pleasure to get to be so free with my answers and know that your platform is extremely good!

1: What was your greatest inspiration to get into acting?

My greatest inspiration was my father who sadly passed away without warning when I was 14 years old. He was a very clever man who made an impression on everyone he met while maintaining the philosophy; “always do what makes you happiest”. Losing him made it even more evident that life is extremely unpredictable and that you never know when your last day could be. Due to this, I decided to work on living my dream lifestyle and what made me happiest, thus I took up acting!

2: What is your favourite film and which role would you love to play?

That’s such a hard one! I love Rocky, The Untouchables, The Breakfast Club, Pulp Fiction, Sliding Doors but one very heart warming film for me that never fails is, the pursuit of happiness; purely because I think we can all relate to it in one way or another. I would love to play someone like Katniss from The Hunger Games because I have lots of martial arts experience, so to play someone of her kick ass nature combined with emotional scenes and a great cast and crew… That’s the best!

3:Who are your main influences when you think about a character?

Being surrounded by everyday people just getting on with their lives is without doubt my biggest influence when creating a character. I think you can learn so much from a person. Some people are very predictable and others aren’t and its great to see that contrast in reality. It fascinates me and its brilliant in helping to create a character.

4. If you could get advice from any actor/actress, whom would it be and what would you ask them?

Tom Hanks (Larry Crowne). He is just such an incredible actor with an incredible movie career! He seems so down to earth and knowledgeable so I would love to ask him of course about acting; what is your favourite role you’ve ever played and why? What’s one thing you don’t like about this industry? What made you become an actor? What is your biggest tip? Etc… But also I would love to know about his childhood, how he was bought up etc. I just think he would be such a fascinating person/actor to talk to and its certainly my dream to meet him. 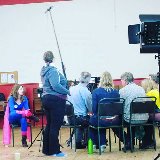 5: What is your favourite way to spend a day?

Anything to do with acting! Either having an audition, meeting or filming because it makes you feel like you’ve accomplished something which is always nice haha. If not; I love to play jazz guitar and train in Brazilian Jiu Jitsu so one of them.

6: When did the acting bug grab you and can you see yourself on the other-side of the camera in the future?

The acting bug grabbed me in February 2015, so theoretically I haven’t been doing it for that long (excluding all drama classes in school of course). Its definitely grabbed me and I work on making myself a better actress everyday. I have had the pleasure to see what it is like working on the other side and everything it involves and I can honestly say its just not for me. I am much more creative rather than technical so it would bug me not being able to be in front of the camera or on stage! 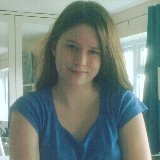 7: What does the near future hold for Amy Kinder, we hear you are of to Tinsel Town?

Hopefully yes! As long as everything checks out I should be going to Hollywood this July to represent team Great Britain at the WCOPA (World Championships of Performing Arts). I have just been nominated for the MMG (Mogul Minded Group) best actress (of Bristol) award which I’m over the moon about, so I would love to claim that. Otherwise I would just like to continue an excellent quality of acting and let fate decide the rest, that’s the most fun!

8: What would be your favourite TV and film role be?

I’m a big fan of the hit American drama series; Pretty Little Liars, and have always wanted to play a character like Spencer. She is a very intelligent, unpredictable and interesting character and so there are so many options in portraying her, which would be a lot of fun. On the other side to that I would like to go out of my comfort zone and give comedy a shot too. 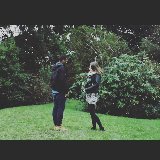 9: Do you come from an acting background?

I don’t know if its a blessing or a curse, but no. My dad was an ICT consultant, my mum is a secretary and my brother is interested in sales and sport. None of my current or even past family members that I know of are actors, so maybe I am the first? 🙂

Thank you Amy for such great answers , we wish you the best for your future ventures.