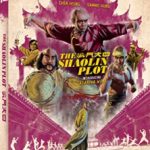 5 Star
Secrets Must be Kept Secret.
Eureka Classics brings us a 2k restoration of one of the most important Martial Arts films to come out of the late 1970s, as it shows off the talents of the Shaolin Kung-fu, and it brings the legend that is Sammo Hung (Warrior’s Two & The Prodigal Son, The Millionaires Express, Encounter of the Spooky…more 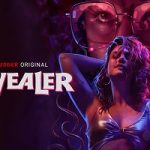 3 star retro apocalyptic buddy horror.
Revealer is a 2022 horror basesd on a story by Luke Boyce, who also makes his feature directorial debut, and written by comic authors Michael Moreci and Tim Seeley, all relative newcomers to the scene. It is a Shudder Original, available exclusively on the streaming servive from 23rd June 2022.
“I have not done anything. I…more 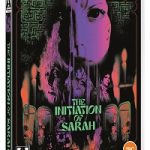 3 stars of nicely remastered made for T.V. horror.
The Initiation of Sarah is an American horror film, written for the small screen by Don Ingalls (Bonanza, Fantasy Island), Carol Saraceno (Hart to Hart) and Kenette Gfeller (Police Woman).
Directed by Robert Day (The Avengers, Tarzan the Magnificent), it was originally released in 1978. It is now enjoying a home video Blu-ray…more 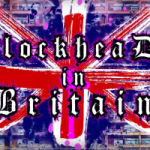 4 Star
When UK and USA Stunts Collide.
Mayhem and madness is about to spew from your Blu-ray player as Khyler Vick (blockheaDs the Movie, blockheaDs 3) makes his way across the pond to good old Blighty. With a send-off from his friend’s producer Joe Frantz (Cross Bearer, CKY Trilogy: Round 1) and CKY’s main man Bam Margera (Jackass 2.5, Jackass Number…more

4 Star
From Trendy London to Classic Rome.
1964, director Sid Smith (Bob Hope’s USO Christmas from the Persian Gulf: Around the World in Eight Days (TV Special), The Merriest of the Merry: Bob Hope’s Christmas Show, A Bagful of Comedy (TV Special)) gets Hollywood star Elizabeth Taylor (Cleopatra, Who’s Afraid of Virginia Woolf?) to return to her birth City of London…more 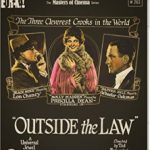 4 Star
Capers and Confucius.
From writer/director Tod Browning (Dracula, Silk Stocking Sal, Mark of the Vampire) comes one of the films especially written for lead actress Priscilla Dean (The Wicked Darling, The Exquisite Thief) as the Universal Studios wanted to do a series of movies that showed strong female leads that were tough enough to take on the tough guys. And…more 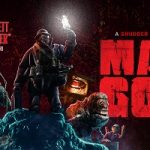