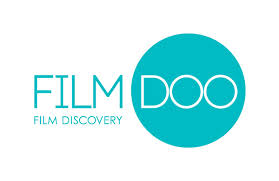 FilmDoo is a unique new transaction video-on-demand platform, which focuses on helping people to discover, rent, stream and share amazing films from across the globe with a community of international film lovers.

An online international film festival accessible to all

Classic and contemporary films from around the world have been brought together on the FilmDoo platform creating an accessible and inclusive international online film festival for everyone to enjoy. All too often films, which may have been huge success stories and earned multi-million pound figures in box office in their countries of origin, remain hidden, unavailable and unheard of elsewhere in the world. FilmDoo seeks to change that.

What makes FilmDoo different is its international focus. All too often films, which may have been huge success stories in their countries of origin, remain hidden, unavailable and unheard of elsewhere in the world. International news and culture travels faster than ever, it is time for movies to make the leap. Independent, international, art-house, niche, archive, cult, underground – FilmDoo caters for all tastes outside of the mainstream whose messages reach far beyond borders.

“There are too many amazing stories slipping between the cracks” says FilmDoo co-founder Weerada Sucharitkul “In a world that’s more connected than ever before, this can’t be allowed to continue. We’re going to change this.”

FilmDoo is driven by a passion to connect the world through films and the platform features a community section where users can share reviews of films they have seen, share recommendations with friends and like-minded users and also highlight films they would like to see featured on FilmDoo in the future.

The FilmDoo concept arose out of a genuine need, by founders Weerada Sucharitkul and William Page, to discover and learn about non-Hollywood films and how to access this content. In so doing they learnt about the difficulties involved in getting films distributed internationally and were passionate and committed to finding a solution that would help these films get discovered and access a truly global audience.

Having launched in the UK FilmDoo has exciting plans to expand internationally. Ultimately FilmDoo aims to be the first truly global platform for film.

While expanding consumer choice, at the same time, FilmDoo provides specialist distributors with a focused online streaming service, which highlights their entire ranges and not simply the break out hits, which make it on to the more mainstream VOD platforms.