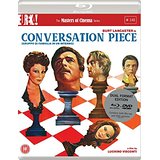 Eureka brings us the Masters of Cinema #148, the 1974 film directed by Luchino Visconti who brought us The Leopard and Death in Venice. Now he joins up again with screen legend Burt Lancaster (The Crimson Pirate). To bring us his thought provoking film. 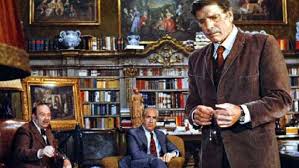 The professor (Burt Lancaster, The Island of Dr. Moreau) lives in Rome on his own in the huge building apartment that he inherited from his mother even though he used to live in the US of A as a professor of Science. But nowadays he studies 18th – 19th century art and buries him self in his overflowing library of books.

The owners of the Blanchard gallery are trying to sell a painting to the professor, he likes it, but he isn’t interested in the sale, they leave the painting hoping he will change his mind, as they leave a posh woman flounces into the room, the professor is confused, wasn’t she with the Blanchard’s. 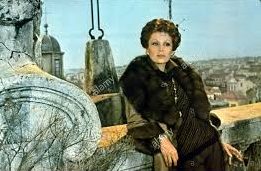 No, she just bumped into them on the landing, what she really wants is a look at the balcony and more especially the unused apartment upstairs.

The professor isn’t interested in the the idea of letting the apartment as he wants to turn it into his new library.

But the Marchesa Bianca Brumonti (Silvana Mangano, Dune, Death in

Venice) does not take no for answer, and with her daughter Lietta (Claudia Marsani, The Hired Gun) and her lover Stefano (Stefano Patrizi, Lion of the Desert).

He sends them away after showing them around the apartment and Lietta insisting that the bathroom has to be much bigger.

In his musing he phones the Blanchard’s and asks about the painting he sent back to them and that he had changed his mind and he wants to buy it after all, but he is disappointed to hear that it has been sold to another party. That is

when the professors lawyer Micheli (Romolo Valli, A Fistful of Dynamite) turns up along with the Brumonti’s et al. Along with the painting they bring it in exchange for three months rent. They had contacted Micheli to arrange the rental of the apartment, as Micheli knows that the professor doesn’t plan on working on his library until next year and the Brumonti’s only want to lease it for a year.

Reluctantly he agrees to the bathroom enlargement but what he gets is a major refurbishment, with workmen taking walls out throughout the apartment. This 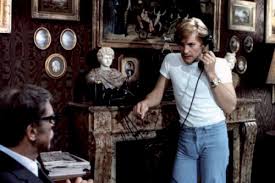 is when the professor meets Konrad Huebel (Helmut Berger, The Godfather: Part III) the resident of the apartment. the professor is not happy and escorts Konrad down stairs and he uses the phone to call Bianca.

It turns out that he is Bianca’s toy boy and the destruction upstairs is unauthorised and it is all down to Stefano.

What ensues is a strange tale of how a man just wants to be  on his own with just his house keeper Erminia (Elvira Cortese, The Grand Duel) but his life is constantly being invaded by people who don’t give a damn about anyone but themselves.

This is great film for the thinkers amongst you and Lancaster delivers a masterful performance as he gets to know his new neighbour and with a great twist at the end.

“They are not refined people as you call them.”

“They are rude, stupid, useless people.”