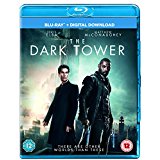 The Dark Tower is based upon the series of the same name written by Stephen King (Gerald’s Game, It) and consisting of eight books. It is directed by Nikolaj Arcel (Kings Game, A Royal Affair) who also co-wrote the screenplay along with Akiva Goldsman (A Beautiful Mind), Jeff Pinkner (The 5th Wave) and Anders Thomas Jensen (Men & Chicken).

With so much creative input and such a large story to deal with, I was sceptical from the start as to whether this could work and the resulting lack of cohesion to the film is certainly a let down.

“For centuries, the gunslingers were knights. Sworn to protect this from the coming of the dark. Now I’m the only one left.” 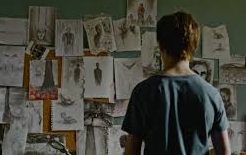 The story centres around eleven year old Jake Chambers (Tom Taylor – The Last Kingdom, Doctor Foster), who has recently been suffering from a number of disturbing visions of a Man in Black who seeks to destroy a mysterious tower and a Gunslinger charged with stopping him. Medical professionals believe these are due to trauma and disregard them. 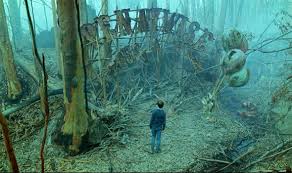 Jake however, believes they are real and when psychiatrists turn up to take him away, he recognises them as inhuman creatures from his visions and runs away. He finds a house from his vision and there a portal, through which he steps, finding himself in Midworld, a land much different to Earth.

It is here that he meets Roland Deschain (Idris Elba – Pacific Rim, Prometheus), the Gunslinger from his visions who explains to him that they are all too real. At the centre of all realities stands the Dark Tower, which keeps everything together. It is Roland’s job to protect it at all costs from the Man in Black, Walter (Matthew McConaughey – The Lincoln Lawyer, Mud), who is determined to see it fall. 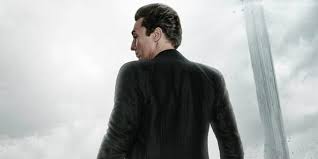 It seems Jake is more powerful than anyone thought and they must keep him out of the hands of the Man in Black in order to save the world.

Although it is a good idea for a story, it is incomprehensible that anyone thought they could take eight books and condense them into 91 minutes. There is nowhere near enough content to satisfy fans of the books and because of the lack of character development, not only do you not care what happens to them, but anyone new to the story has no hope of working out what is going on. 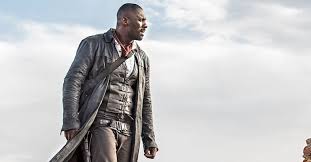 There is no explanation as to who the Gunslinger and the Man in Black are, or any motivation behind their actions and the whole thing is just so rushed. The acting is as good as you would expect from such a great cast, but it is unfortunately not enough to save it. Not a film that I will be watching again.

The Gunslinger is available to buy now on DVD and Blu-ray.