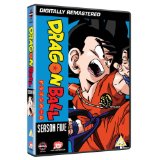 This series is the final instalment of the very popular original story from all the way back to 1986-89. Now it is finally here for our enjoyment, as we take directly off from Season 4 episodes 123-153, we see that the world is now a far safer place to be in. 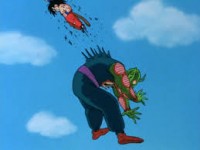 With Goku’s last ditched effort he dispatches Piccolo with a extremely powerful punch that takes him right through the tyrants chest. But before Piccolo explodes he releases his final egg on the world, putting all his essence into it and telling it to wreak his revenge upon the planet, his final words are only heard by the egg as it falls to earth and is swept away in a river.

As the populace of Eastern City finally realise that Piccolo is no more they start to rejoice, but they do not know who to thank, as the gravely injured Goku is whisked away to Korin tower by his friend Yajirobe. As Piccolo’s egg is washed up on a rural farm, the farmers curious bring the egg to their house where it

starts to glow before it starts to crack and reveal the young Piccolo Jr, who right from the start has an evil visage.

Soon Goku is is fighting fit again after some food and as they discuss the events surrounding Piccolo it seems that Korin knew about it long before it happened and that Korin refused to take on Piccolo, but what he doesn’t know is the his adversary had killed the Eternal Dragon Shenron. 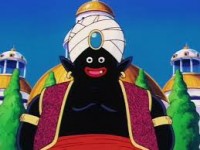 This is bad news as Shenron is the one that takes the souls of the dead to the next plane and without him all the souls that Piccolo had killed will remain in limbo for eternity. Goku has pledged to bring

back his friends (Krillin, Master Roshi and Chaozu) from the dead. Korin tells Goku that the Guardian of the Earth can bring back the Eternal dragon and that he resides high above the tower. With his power pole Goku finally reaches the lookout where he meets Mr Popo and Goku must defeat him before he can meet Kami, (who has a big secret).

under the tutelage of Mr Popo and Kami until the start of the 23rd Martial Arts Tournament. As all his friends try their utmost to become better than Goku and Piccolo Jr carries on with his evil revenge on those that killed his father.

Goku has a lot to learn and he has the best teacher in the world, what can he learn before the tournament and what can his opponents learn as we set out with the most titanic fight since the start of the tournaments, be prepared for the battle of battles and who is the anonymous girl that has a real beef with Goku? 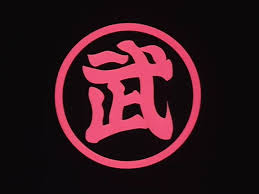 Available to Order on DVD  Now.