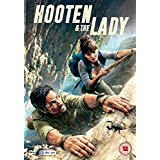 Hooten and the Lady is a Sky series first shown on Sky1 and now available on DVD for the first time.

Reminiscent of the great adventure tales of the eighties such as Romancing The Stone and Indiana Jones, this series traverses the globe in search of hidden treasures. 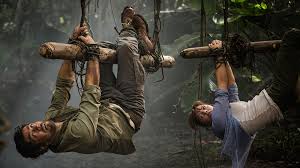 Lady Alexandra Lindo-Parker (Ophelia Lovibond – Guardians of the Galaxy, Mr. Popper’s Penguins) works for the British Museum. Believing she can bring back exhibits for an upcoming show, she persuades the powers that be to send her to the Amazon to search for the long lost camp of Victorian explorer Percy Fawcett. 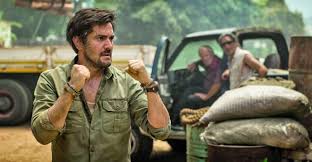 An unfortunate incident with the locals leads her to run into Hooten (Michael Landes – Final Destination 2, Burlesque), a charismatic treasure hunter of questionable morals. They take an instant dislike to each other, but work together in order to get away, finding the lost camp and accidentally finding and then losing, the lost city of Eldorado in the process.

Although his methods are highly questionable, the British Museum cannot dispute that they yield results, and so the two find themselves thrown together into all sorts of adventures and escapades across the globe, all overseen by her bosses, Ella (Jessica Hynes – Bridget Jones’s Baby, Swallows and Amazons) and Clive (Shaun Parkes – The Mummy Returns, Silent Witness).

On top of all this, Lady Alex also has to deal with her pushy mother (Jane Seymour – Dr. Quinn Medicine Woman) and her upcoming wedding to fiance Edward (Jonathan Bailey – Broadchurch, W1A). 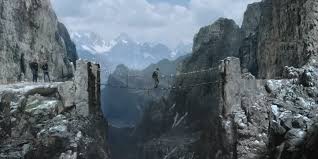 Hooten and the Lady is extremely entertaining to watch. The acting is great, there are plenty of moments of hilarity and it’s quite refreshing to see something that is tongue in cheek and just having fun rather than taking itself too seriously.

My only complaint about this series is that there are only 8 episodes, it definitely leaves you wanting more. Brilliant, I sincerely hope they make a second season.

Hooten and the Lady is available to buy now on DVD