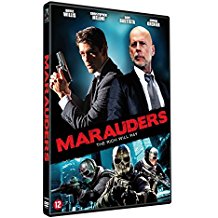 With a bang, Universal brings us director Steven C. Miller’s (Extraction) multiple layered heist movie written by first time writer Michael Cody. A heist movie unlike others there is history involved and the twists and turns become more and more complex. 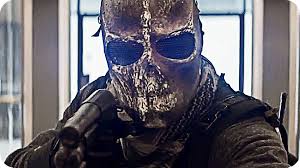 In Cincinnati, the Hubert National Bank is subject to an extremely well planned and well executed robbery. The masked men do not speak, all the instructions are relayed through a blue-tooth speaker and using a females voice.

What makes this heist different is that the leader of the group executes the compliant bank manager Roy Hutchinson (Chick Bernhard, U.S. Marshals)

in front of the security camera before leaving with three million dollars.

Special Agent Jonathan Montgomery (Christopher Meloni, Sin City: A Dame to Kill For) is brought in to investigate the robbery-homicide and finds out that the local P.D got there first and removed the only piece of evidence before 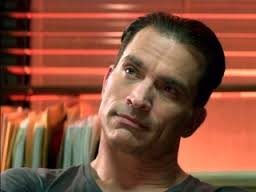 he arrived at his crime scene. Head of homicide Mims (Johnathon Schaech, Quarantine) follows up on the fingerprint they found on the speaker. It takes them to a den run by James Jackson (Chris Hill, A Kind of Murder), but the dodgy homicide detective has identified the print incorrectly it isn’t James Jacksons’. It is his brother, T.J. Jackson, a ranger that died some time before in a botched rescue mission of  Alexander Hubert of Hubert National Banking family leaving his

They find out these vicious robbers aren’t greedy as they donate all the money to a church mission, so why are they doing the robbery?

When Montgomery starts putting the connection between the bodies from the robberies the plot thickens even more, as Mims believes James has a connection to the stolen money and Montgomery believes that Hubert and a certain Senator aren’t as squeaky clean as they appear to be.

“A thick tale of murder, robbery and dishonest people.”

A top class cast that Meloni leads admirably through all the twists and turns.