Hello again peeps. Here is our part two, where we got an exclusive interview with the Community Liaison for Manga Entertainment UK, Jeremy Graves.

We first saw Jeremy along with Andrew Hewson when he was announcing the exciting new releases from Manga UK which we cover in the questions we asked him in our interview. 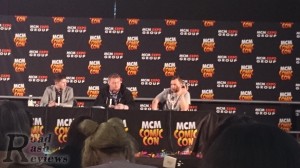 The great news he announced was the releases of:

When we got to have a word with the very busy Jeremy we asked him a couple of questions based on the release schedule.

1: Do you think the future is bright for Manga in the UK?

Yes! The UK anime scene is full of life and energy and in my opinion is continuing an upward trend set over the last few years. When you look at the amount of the titles being released by Manga UK as well the other distributors, you can safely say it’s a great time to be an anime fan in Britain.

This past weekend alone at Birmingham MCM Comic Con we made some very exciting announcements including details on the UK release of Attack on Titan in September, the first ten One Piece movies are coming to the UK and the fact there will a Limited Edition Blu-ray Steelbook of the classic Ghost In The Shell later this year!

2: Are there going to be more dedicated tie-ins with computer games?

Anime adaptations of popular game franchises are fantastic. We’re big fans here. Recently anime such as Persona 4 and Steins;Gate have performed really well for us. Not only because they are great shows in their own right, but also because I believe there is already an established fan base in the UK for the games and that helps us sell more copies of the DVD or Blu-ray. Generally, the larger the game the more successful the anime. So! I’d love to be able to say we have acquired UK distribution rights for Bayonetta the anime, which is a spin-off of Bayonetta 2 for Wii U, which is yet to have its UK release date announced. I really hope we do get it. Also, I think JoJo’s Bizarre Adventure would be a canny acquisition for us. Last year, we did particularly well with the Machinima web-series, Halo 4: Forward Unto Dawn, which is a live-action, $8 million budget series  based on the popular Halo 4 game for Xbox360. We released it under our sister label, Anchor Bay and have so far sold over 75,000 copies. In this business, pre-awareness is very important, so we are looking forward to releasing more successful game to anime tie-ins and other related products in the future.

3: What is on your Top 3 wish list for Manga UK releases?

Jerome has just returned from meetings in Tokyo during Anime Japan and I know he was really excited by some of the new Spring/Summer 2014 anime that was presented at the show including Tokyo Ghoul from Studio Pierrot and Terraformers from Warner Bros Japan. He’s also turned me onto Knights of Sidonia from Kodansha and Polygon Pictures, Season 2 of Sword Art Online and obviously Ghost In The Shell: ARISE.

4: What would you really like to see made, i.e. sequels or updated?

I’d like to see more Deadman Wonderland and Highschool Of The Dead made. Now I’m not just saying that because they’re both popular titles in the Manga UK catalogue, but actually because they’re both left open ended. I really want to see what’s going to happen next (as do lots of fans I’ve spoken to both at conventions and through our social media channels.)

5: When you get home and go aah, What do you put on? us Black Lagoon.

My tastes vary quite a bit, so it changes a lot depending on the mood and is also slightly dependent on if I’m watching a forthcoming Manga UK title or something simply because I want to watch it. Focusing on the latter first, recently my go-to programmes have been Golden Time, Kill la Kill, Space Dandy, Log Horizon, Gintama and Hunter X Hunter. All of those are great shows.

On the forthcoming Manga UK release front, recently I’ve been gearing up for the original Dragon Ball series (with Season 1 being released on 5th May) and Naruto Shippuden (with Box set 17 out on 7th April.) As you can imagine there’s a lot more I’m delving into as well, but at the time of writing they’re the ones I’m focusing on. 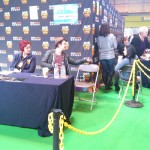 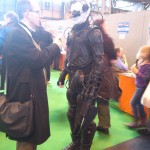 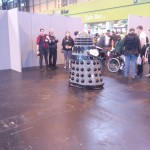 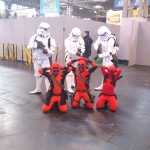 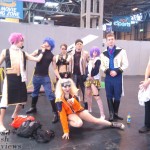 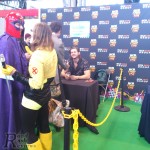 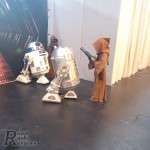 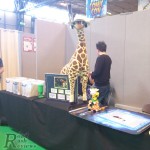 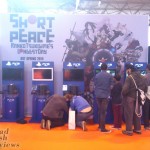 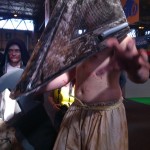 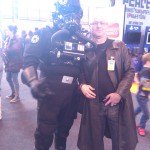 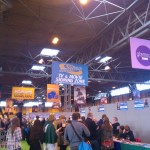 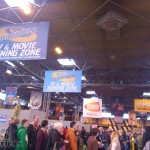 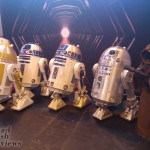 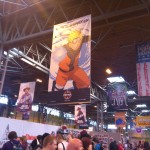 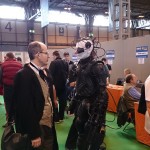 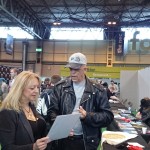 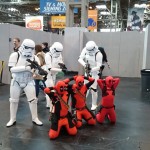 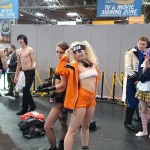 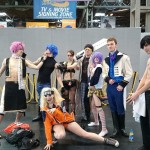 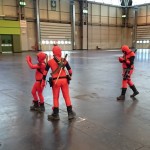 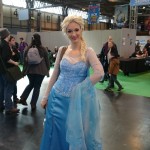 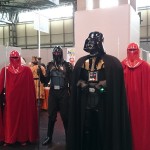 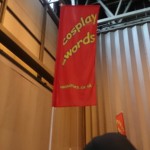 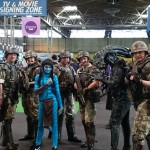 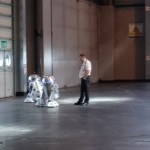 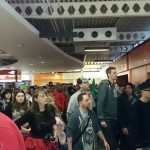