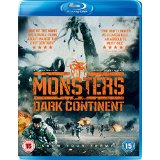 1 Star Most Disappointing Sci-Fi of the Year!

Science Fiction is a simple beast, not an excuse to write a war film with alien antelopes roaming wild in the Middle East. (Rant Over). 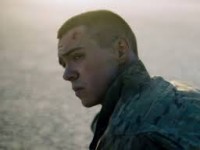 Set 10 years after the first film, the Alien infestation has spread around the world, and now it is rife in the Middle East. The Americans have been bombing the Aliens back to space and this has understandably upset the natives of that region who have started fighting back, and now the Americans are fighting their

fight on two fronts (not really, in fact they only appear to be fighting the natives).

With a narrative from the main protagonist Michael Parkes (Sam Keeley, The Other Side of Sleep), we find him in Chicago about to be shipped out East with his best friend Frankie Maguire (Joe Dempsie, Game of Thrones). Meanwhile, 17 years a vet and undercover taking out the insurgents is Seargent Noah Frater (Johnny Harris, Welcome to the Punch), a man with a mission (but we aren’t sure he knows what it is).

The Aliens are seen a lot but the guys never engage them, they don’t seem even interested in the humans. It is like a safari film where aliens majestically gallop across the landscape and others rear into the sky. It is all about those humans that are fighting back. This is not a sci-fi film it is a weakly disguised excuse to have a go at the inhabitants of another country.

The whole affair is basically a very thinly veiled political statement regarding war in the Middle East, all dressed up in a convenient pretty little monster suit, because the writer basically didn’t have the nerve to admit that was the intention.

So if that is your thing fine, but stop calling things Sci-Fi when they are not. 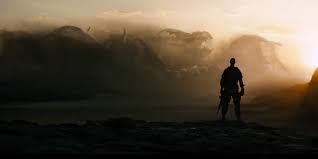