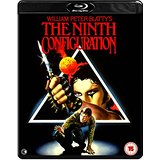 Castles of the Mind.

Now this is how to make your first film. Writer, producer and director William Peter Blatty (The Exorcist) brings us an amazing look into the world of psychiatry and the human mind in the late 1970’s in the aftermath of the Korean, Vietnam wars. Based upon his original novel Twinkle, Twinkle, “Killer” Kane! in 1966 and posses the question who really rules in a madhouse. 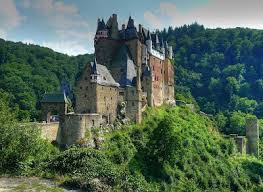 Somewhere in the deep pine forests of Washington state lies a Hungarian style castle that has been donated to the US army for the psychological treatment of military personnel, where most of the time it rains, heavily.

At the beginning of the film we hear Al Johnsons, There’s a Rainbow ‘Round my

Shoulder’ as we see an Apollo style rocket readying for take off, to take the astronaut to the moon. But in the final seconds the pilot is brought screaming and kicking out of the capsule.

We next see him at the castle along with the collection of inmates that infest this castle, as they seem to rule themselves with the astronaut Capt. Billy 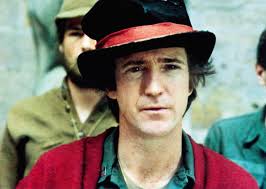 Cutshaw (Scott Wilson, Monster) at the head.
Looking after this ragtag bunch of officers is Col. Richard Fell (Ed Flanders, MacArthur) a man who has his trousers constantly stolen by one of the patients who spends his time impersonating him.

The main news is that a new leader is on the way and they all gather to welcome him.

Col. Vincent Kane (Stacy Keach, Sin City: A Dame to Kill For) has a new idea on psychology, to let the patients live out their fears and fantasies without the usual heavy handed approach dished out by Maj. Marvin Groper (Neville Brand, Birdman of Alcatraz).

Immediately Kane and Cutshaw are at loggerheads, with Cutshaw arguing about 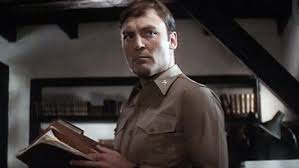 the ethics of the human race and whether or not there is a god, which Kane believes there is and Cutshaw wants proof. One of Cutshaw’s fixations is his medal that he wears around his neck. It is not a military medal but a St Christopher for the traveller. In the end he entrusts it to Kane who accepts it, but this initiates a flashback that he claims are not his memories but those of another person (a very feared marine).

With a wicked smile on Cutshaw’s face, he goes off to scheme with his confidant
Lt. Frankie Reno (Jason Miller, The Devil’s Advocate). The reason that all these men are at the castle is to find out whether or not they are faking it to avoid active service, but the fly in the ointment is Cutshaw as he was not in the field of fire like the others.

The patients like Kane, as they get to act out their problems and are encouraged to, even if that means all those in charge wearing Nazi uniforms and

re-enacting the escape from Colditz.

The first part of this film seems like some classic farce but soon it becomes a much darker experience and I mean an experience, as Keach plays Kane brilliantly and he bounces off the crazy astronaut.

There are no spoilers here so I have left out a great deal but believe me that this is something you should own in your Blu-ray collection especially with the 1080p conversion and all the Bonus Features (see below).

“If you die first and there is life after death, can you give me a sign? I’ll try. You’re terrific.”