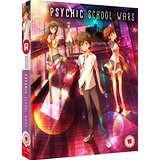 This popular story was first told in 1973. This was a science fiction novel by Taku Mayumura (Neo Tokyo), adapted many times and now it has been produced as a film, directed by Ryosuke Nakamura (The Perfect World of Kai) and he brings a lush slice of Sci-Fi anime.

Kenji Seki has enjoyed the last day of the holidays, but now it is time to go back to school and join the 8th grade along with his very athletic best friend and neighbour Natsuki Suzuura, who has secretly had a crush on Kenji for years but has been too shy to say anything. Kenji has just been blind to her advances over all these

years. Kenji lives with his grandfather and his baby sister and he spends a lot of his time in his bedroom inventing things and drawing plans for his future endeavours whilst firing acorns across the porch at Natsuki’s window.

perfect student, Kahori Harukawa, who is leader of the school council and a lover of the arts and the piano. Kenji is immediately  smitten by her and Natsuki notices the obvious signs as she jogs along the beach and she labels him as a pervert, calling him “open zipper boy”. 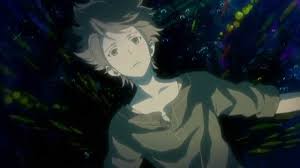 Kahori hears new transfer student Ryōichi Kyōgoku playing Clair de Lune on the grand piano and she falls for him. Things start to change around school, cellphones are banned from class and eventually from school altogether, even for the teachers. The emphasis is to look at what is around you rather than what is in cyberspace. This decision is ratified by the student council, an unpopular event in the students minds and the penalties for having a phone become more harsh as time goes by.

This doesn’t sound very Sci-Fi, but it is as Ryōichi is not who he appears to be and Kenji has some latent powers that he has yet to discover and Ryōichi knows that he will have to combat this young boy at some point. With his hidden agenda Ryōichi must save this planet from its inhabitants.

Just make sure you watch this film to the very end of the credits. 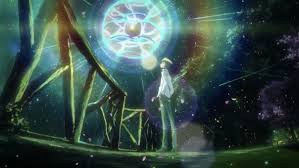