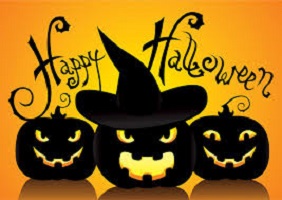 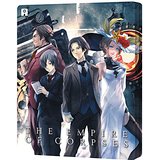 Once again, we have a good selection to choose from this year. If you’re into anime, then there are three releases which would make excellent Halloween viewing, Blood Blockade Battlefront, which is set in the lead up to Halloween and Project Itoh: Empire of Corpses, a dark, gothic tale of re-animation and the undead. This year also saw the release of Tokyo Ghoul: Root A, the sequel to the terrifying Tokyo Ghoul. 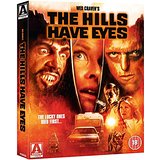 If you love retro horror films then there are lots of treats. The seminal The Hills Have Eyes by the late great Wes Craven has been remastered and released on Blu-ray, as have Slugs, the very silly eighties creature feature and classic religious horror Stigmata, starring Gabriel Byrne and Patricia Arquette.

There have also been plenty of new releases to watch out for. Our favourites were Cell, the horrifying look at modern society from Stephen King, Viral, a tale of terror in a world being taken over by parasites, The Conjuring 2, set in Enfield and based on true events and the nerve shredding Friend Request, a chilling cautionary tale about social media.