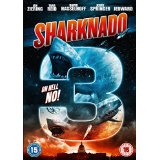 Anthony C. Ferrante (Scream of the Banshee) brings us the third instalment of his mental series of films about hapless hungry Elasmobranchii (Sharks). His franchise is now so big everybody that is a somebody wants to be in this film (will name drop later).

Fin Shepard (Ian Ziering, Sharknado, 2) is being recognised for all his valiant efforts of the first two films in New York and Los Angeles by the President Marcus Robbins (Mark Cuban, Entourage) with the highest civilian honour, The Presidential Medal of Freedom. But that isn’t his only honour this day as the mayor of 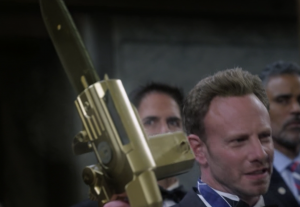 NY (Robert Klein, Demoted) has arrived and presents him as the first member of “The Order of the Golden Chainsaw”. It is all about the chainsaw. When your father is Gilbert Grayson Shepard (David Hasselhoff, Dodgeball: A True Underdog Story) you should be destined for greatness.

But not even Washington D.C. is safe from the Sharknado as the rules have now changed.

This is the big one and the President is in danger as the storm brews bigger and bigger, with sharks and masonry flying about everywhere, it isn’t long before 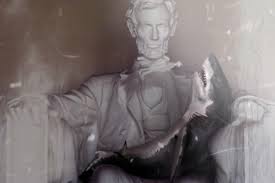 The shark is the star.

The President must get to safety and everyone heads to the secure vault under the White House, but as Fin points out, water always heads down hill so they have a fun time getting somewhere near there. The President has a change of heart about saving the sharks as they have invaded his home. So it is guns out and let the sharks

They let it rip as the White House gets ripped apart. right before the storm just stops in it’s track, but not before carnage has been wrought upon the political capital of the US of A. 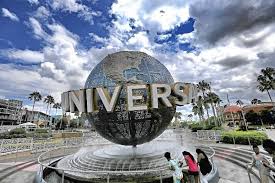 Now we find out how the game has changed as driving on his way to Orlando, Fin finds that sharks can appear well inland with “Fognado” and nado’s can turn up anywhere there is a depression and moisture.

Fin must get to the Eastern seaboard as it is one massive depression and a sharknado could pop up just about anywhere, even a family safe theme park. He will do this with the aid of his old ally Nova (Cassie Scerbo, Teen Spirit) and her new side-kick Lucas (Frankie Muniz, Malcolm in the Middle).

With the premise that the outbreak of the storms can now be anywhere and when Nova informs him that the sharks have evolved to adapt to being out of water for longer period, this is the major game changer for the human race. 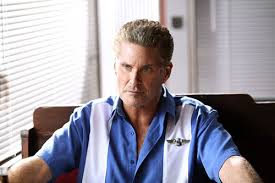 If you are a fan of the first two films this instalment is a must see. with a plethora of stars in cameo roles filling out the film (here comes the list).

This is for America baby. 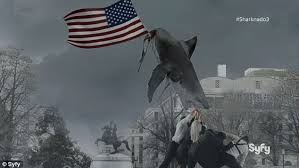