4 Star Cloak and Dagger Classic from the 1920’s 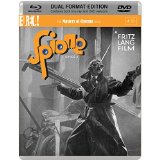 Eureka brings us #90 in their The Masters of Cinema Series. Now this black and white classic is brought to you in full 1080p with a 69 minute documentary and a 40 page booklet, with options for the original German or English Intertitles.

This is a fast paced spy drama that has you looking over your shoulder to see who is watching who.

From the expert direction of Fritz Lang (Metropolis, M, The Testament of Dr. Mabuse, Fury) this his penultimate silent film. You are thrown in at the deep end right from the start of the film. Taken from the novel by Thea Von Harbou (Life Goes On). 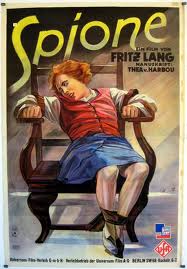 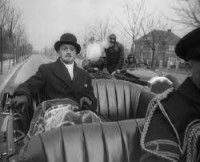 We start the film with documents being removed from a safe, but they are not removed by the owners of said files. Stolen from the Shanghai French Embassy, they are whisked away by a motorcycle courier, whilst the Minister of Trade is shot in the back of his car and his attaché case stolen. All hell breaks loose as departments start searching for copies and each head of divisions blame each other for the ineptness of the security services as operatives are assassinated right in front of their superiors.

A scruffy looking man receives a police summons, so he goes into the police station and soon finds himself in handcuffs and being dragged to see police chief Jason (Craighall Sherry, Number 17). As he enters the room the chiefs assistant seems to take an interest in this young man and starts fiddling with his lapel and the young man immediately attacks the assistant, wrestling him to the floor and revealing a small camera concealed with in his coat lapel. A spy in the midst of the security service and he refuses to reveal who he works for. 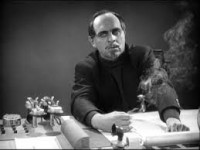 It turns out that the man in handcuffs is in fact secret agent Number 326 (Willy Fritsch, Vienna Blood) and he goes to great extremes to keep his identity from those that plot against the country. The person behind all this espionage is the evil wheelchair bound Haghi (Rudolf Klein-Rogge, Metropolis) who has no qualms in bribing Lady Leslane (Hertha Von Walther, M) with pictures of her frequenting a local opium den, he wants the place, time and who would be attending an important Japanese treaty meeting.

Haghi wants all agents eliminated and he sends his best female agent to eliminate him, Sonja (Gerda Maurus, Girl in the Moon), a young Russian born girl that has a hatred for those that killed her father and brother. She is sent out to entrap the dastardly number 326. After she finds where he is staying she comes into his life after a shot rings out in the dark of night.

But things do not always go the baddies way as there is a dashing hero on the case and yes 326 does scrub up rather well.

At nearly 3 hours long, an intermission is highly recommended, so take a trip to the freezer and get yourself an ice-cream. As this film is from a different era you have to watch all the facial expressions as well as reading the Intertitles but it is well worth the effort and the price of popcorn and ice-cream.

Fritz Lang at his best. With chases, intrigue and train crashes. Ace fun.

Available to Order on Dual-Format Now.