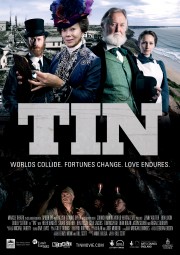 Bill Scott‘s (Dressing Granite) second venture into feature films finds him in historic Cornwall, where in the 1880’s mining was king.

Developed in collaboration with Miracle
Theatre and English Touring Opera.

The story is based on a notorious real life banking fraud and concerns a down at heel touring opera company, which arrives in a Cornish village to perform Beethoven’s “Fidelio”. Their efforts to engage with the local community meet with limited success until they become tangled up in a scam to offload shares in the ailing tin mine. This 12 day shoot tells the tale of Mining, Locals, Bosses, Religious ideology and Opera, because

Cornwall 1895. The Wheal Fortune Mine has been in decline for a while and those involved in its upkeep are keen to get out, with as little dirt on their hands as possible. 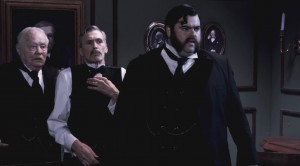 always in a buoyant mood as his captain of works Mr Rundle (Ben Dyson) informs him that has only produced 500 weight of tin. He realises that he needs financial help to get through the winter (25 Guineas). But Consul bank owners Zebadiah and Obadiah Bennett (Dudley Sutton, The Football Factory- Steve Jacobs) are adamant that no more monies are coming his way. However there is a London investor Mr Goldsmith (Dean Nolan, Ashes to Ashes) on his way and it could be arranged for the books to look favourable, so Mr Rundle is sent to sort things out, much to his ire, being very religious. 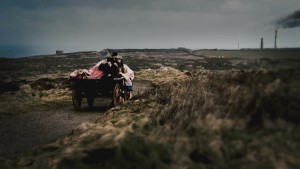 Nel (Helen Bendell) is Rundles maid and suffers for his religious fervent lifestyle as she is a young girl that wishes to learn the benefits of coming of age, as her friend Wilhemena East (Abigail Sudbury) shows her a different side of adulthood.

Enter stage left, a travelling opera troupe headed by Mrs Dawson (Jenny Agutter, Avengers Assemble) who is here to give their 32nd performance of Beethoven’s “Fidelio”, while Mr Goldsmith discreetly listens to the locals chin-wagging in the local hostelry about the decline of the mine. 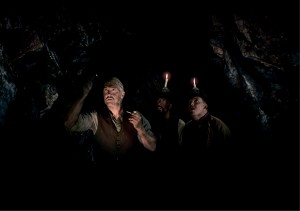 But there could be a saviour for the mine as Mrs Dawson has an interest in the mine and Mr East as she pushes forward the operatic talents of Wilhelmena. What could go wrong as Rundles conscience plays heavily on him at the turmoil of his conviction to god, his actions with the creditors of the mine and the knowledge he has of what lies un-mined at 40 fathoms.

A great effort for something that was filmed in just 12 days using “green screen and 1/12 scale models, ( This is where the film shows its flaws as the treadmill should have been a lot longer) But the acting is well done and you are thoroughly enthralled as you want to see how it all ends,

Go show your support for a truly British film.

*Ourscreen event – please book your tickets via Ourscreen by the date listed to help make this screening happen! (Or set up your own screening)