5 stars of awesome acting and directing in the Outback. 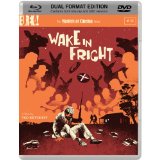 Wake In Fright is fantastically screen written (Evan Jones, Funeral in Berlin) by a person that had never set foot on Australian soil and directed (Ted Kotcheff, First Blood) by someone who knew very little of the continent until he set foot on it to shoot the film.

It is taken from the critically-acclaimed best-selling novel by Kenneth Cook, written in 1961.

The opening shot of this film shows the desolation of the outback. 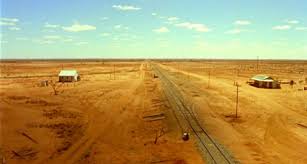 With only the train track, the school room and the pub/hotel in the whole 360 degree pan, with the blue sky and the constant buzz of flies, you can feel the oppression of the sun and this is a thread all the way through the film. 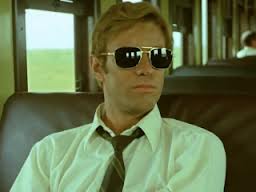 The camera pans into the smallest building, the school house, filled with all ages and at the front is the clock watching teacher John Grant,(Gary Bond, Zulu).

School finishes for the six week Christmas break and Grant can’t wait to get to his girl in Sydney. He checks out of the small hotel as the train whistle blows, announcing Johns escape from slavery, for six weeks anyway. 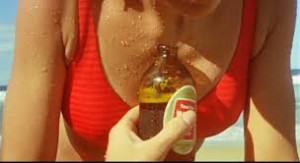 Being English he believes this and his education separates him from those that aren’t from the city. He loathes his job and he wants out, as he is stuck in a government-enforced teaching post and it will take a thousand dollars to buy out his bond. Once on the train and having avoided the other travelers he relaxes and dreams of what the city has to offer. 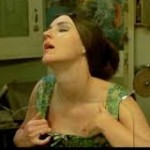 The train pulls into the mining city of Bundanyabba “The Yabba” where everybody loves the yabba, his one night stop-off before his flight home in the morning. Once again you get the oppressive heat as he books into his room before heading to a bar for a beer, where he is intercepted by the local law enforcement Jock Crawford, (Chips Rafferty, The Desert Rats). 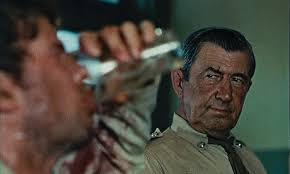 This is where Grant starts to learn the Australian way of hospitality, as Jock questions this stranger until he is certain this guy is ‘ok’.

Jock leads him from bar to bar until John can’t take any-more unless he eats and this is where our anti hero starts his downfall. He meets Doc, (Donald Pleasance, The Great Escape) in the two-up ‘School’ with a gambling den in 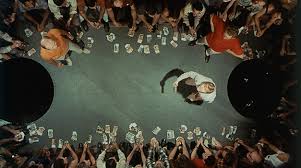 Once he learns the rules he decides to have a flutter and he is successful. He heads back to his room all chuffed with his winnings, then he imagines winning the bond money and buoyed by the ease of his winnings he heads back with thoughts only of freedom.

Waking in the morning hungover and with only one dollar to his name, he sees his flight heading for Sydney without him. 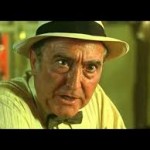 In a bar, the Aussie hospitality takes over again when Tim Hynes, (Al Thomas, Long John Silver) takes him in with his daughter Janette, (Sylvia Kay, Coming out of the Ice).

What ensues is Johns descent into depravity of the mind and body over the weekend, as the people around him drag him through their world of drinking and killing and general destruction, but mainly of Johns psyche. 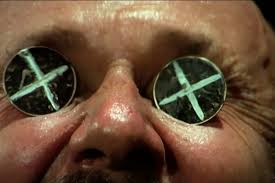 The acting is superb, especially Donald Pleasence as the alcoholic local doctor, a true master class. John’s downward spiral is well portrayed by Bond and those supporting carry them through a surreal city-boy nightmare.

Wake In Fright is a film that was rarely seen at the cinemas and this is the first time it has hit the streets, as the negatives were lost for nearly 40 years and were only saved a week before they were going to be destroyed.

Not for the mass market and definitely not for animal lovers, but this is a giant of a film and I cannot recommend it highly enough.

Available to Buy on Dual Format on 31st March.

P.S. No kangaroos were harmed in the making of this film.

The hunting scenes depicted in this film were taken during an actual kangaroo hunt by professional licensed hunters.