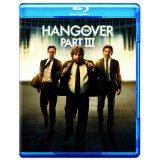 The Wolfpack reconvene for the third instalment of the Hangover franchise, once again directed by Todd Philips, (Due Date).

Alan, (Zach Galifianakis, Due Date) is happy and he’s driving down the interstate with his new purchase, a giraffe.

But as usual life is not straight forward and soon there is a dead giraffe and a closed interstate.

Alan can’t hide from this and his father Sid, (Jeffery Tambor, There’s Something About Mary) is exasperated and tells him that he must go back on his medication, but the stress is too much for Sid to take and he dies in the kitchen, with Alan oblivious to what is occurring around him. 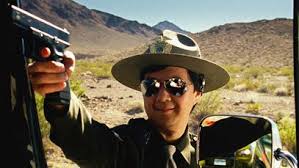 Unbeknownst to the Wolfpack, Mr Chow, (Ken Jeong, Community) has escaped from jail in Bangkok. Nobody knows where he is, but wherever that is he is bound to be causing chaos.

Cue Sid’s funeral and we see the gathering of the other members of the Wolfpack; Phil, (Bradley Cooper, Silver Linings Playbook), Stu, (Ed Helms, The Office US tv) and Doug, (Justin Bartha, National Treasure).

They can’t believe Alan’s behaviour until they find out that he hasn’t touched his meds for six months. So with the aid of the family they have decided to send Alan to New Horizons, a facility in Arizona, two days drive away. 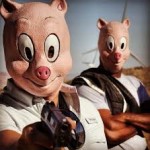 Finally agreeing to go to New Horizons they set out on their road trip, but soon they find themselves in trouble. When they are on a lonely stretch of road, a truck pushes them off the road and they are attacked by masked men and thrown into the back of the truck.

They are driven to a wind farm in the middle of nowhere.

where they are unmasked and are confronted by Marshal, (John Goodman, Argo) 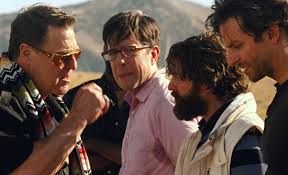 He explains that years ago he stole $42 million in gold bullion and when it was on the way from the robbery half of it went missing.

Who stole it you may ask, of course Mr Chow the crazy Asian, and nobody knows where he is, except maybe Alan, who has been writing letters to him in jail.

With the knowledge that Chow is somewhere in the US they are given just 3 days to find Chow and retrieve the missing $21 million in gold. With the threat of a bullet in Doug’s chest they move quickly. 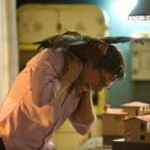 With plenty of laughs and those really uncomfortable moments with Alan this is a great romp with the dreaded Vegas rearing it’s bright lights, “what’s the worst that could happen.”

And yes there are ‘killer chickens’ involved.

With loads of extras on the Blu-ray such as Replacing Zach: The Secret Auditions, The Wolfpack’s Wildest Stunts, Pushing the Limits, Inside Focus: The Real Chow and many more like outtakes.