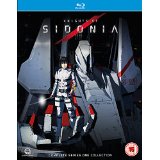 From the manga by Tsutomu Nihei (Biomega)  Polygon Picture took on the anime, headed by director Kobun Shizuno. They bring us the far flung future of the human race, in beautiful technicolour. With massive aliens and big mechs, what more could you want for.

This is a must for fans of Robotech to Attack on Titan. 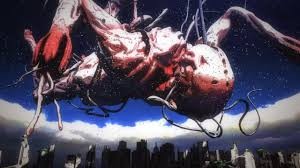 Set in the year 3394, the human race is no longer on Earth, as 1000 years ago giant aliens appeared and destroyed the earth and the rest of the galaxy. However, humans had time to build massive spaceships and head out into the blackness of the void trying to escape the Gauna.

There were many ships but over the long years they have all gone their separate ways, after four wars with the shape-shifting almost indestructible aliens. Now the Sidonia goes on it’s long journey to find somewhere to settle down without the threat from the skies. 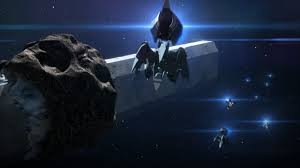 en 100 years since the last sighting, but the military keep up to date, with any eligible young people being put into the training program to fly the mecha Garde.

Humans lives are different now, as years before scientists dabbled in genetics and now there are clones and genderless people that change into either sex when they find a partner. They only have to eat once a week due to humans now being able to photosynthesise and taking anti-ageing drugs means they live for a very long time.

A young man lives alone in the underbelly of this vast ship, ever since his grandfather passed away. He spends his days scavenging, fixing things and training in the MK 17 virtual fighter. His grandfather had taught him to fly it from 6 years old and now it feels like a skin as he fights and defeats the Gauna. But you can’t do all this fighting on an empty stomach, so Nagate Tanikaze heads topside to one of the rice factories, but he is spotted and makes a run for it. Things go wrong and he is injured and knocked unconscious. When he comes round he is in hospital and fearing that he is going to be sent to the recycling plant, he make a bid for escape by jumping out of a window and falling a few floors to the ground, he 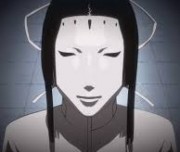 survives but is knocked unconscious by a concerned citizen.

Now inside a police question room being quizzed about the rice theft, someone comes in and says there is someone who will sponsor him and vouch for him. He is led away until he meets with Captain Kobayashi, who will keep her word only if he enrols in the academy. He accepts and 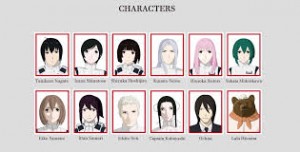 this is when his adventures begin and the danger for the 500,000 residents of the spaceship Sidonia. He will meet a lot of cadets and those pilots that are ready to face their mortal enemy. With only one way to kill the Gauna, it is never going to be an easy task, but watch the flying skills of these mecha against the humongous enemy.

There is plenty of action inside the Sidonia and out in the dangerous blackness of space. With plenty of death and destruction, be prepared to be taken on a roller-coaster ride as humanity struggles to carry their seed into the galaxy. 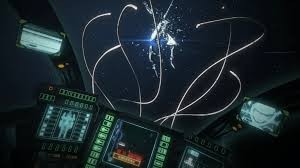