4 Stars of the best Auntie (BBC) can offer.

For many years I could not stand David Starkey, being outspoken, overbearing and speaking down his nose at you; always making me feel like a naughty schoolboy being lectured by his betters. 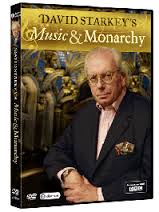 But this is the BBC at its best, Starkey takes us through 700 years of the influence that the monarchy have had upon the way that music has shaped this country and the rest of Europe.

David Starkey’s Music and Monarchy starts in the 1400’s with a lesson of how Henry V patronised the arts and the church to create choral masterpieces that still survive today and throughout the four episodes these are performed by the best choirs in the country, mainly with Starkey talking over it and butting in and almost patronisingly, peers over his glasses at you, but undeniably he knows what he is talking about and by the end of the first episode you believe you have been let into some privy information that makes you feel smarter by the end of it.

At the end of 1603, the end of Elizabeth I reign, she has firmly saved the musical heritage of this country, through all the squabbles and switching from Catholic and protestant monarchs. 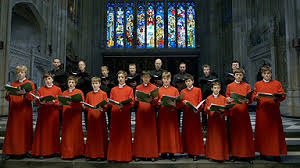 The series shows how many of the monarchs were very proficient in playing instruments and writing their own material (Henry V, Sanctus).

We find out why Henry VIII liked Anne Boleyn so much as she was very much into her music as was the young Henry.

The other three episodes takes you through 1600’s and the patronage of Henry Purcell and his contributions to the courts of James I; through 1688 and the coronation of William and Mary. Then from 1707 with Queen Anne and her newly built St Paul’s Cathedral through to 1777 with Handel’s Messiah. Finally from the 1800’s with George IV introducing Rossini to the Brighton Pavilion and how this increased the popularity of Opera in the country, right through to Hubert Parry,s Jerusalem in 1916 and the rise of the house Windsor.

Listening to the choristers just sound like a recording played backwards and the subtitles need subtitles, but I’m an ageing punk and have never been into ‘high brow’ stuff, but anyone that appreciates or has and musical ability will fully immerse themselves in this series and come away up lifted in spirit.

David Starkey’s Music and Monarchy is available on DVD now