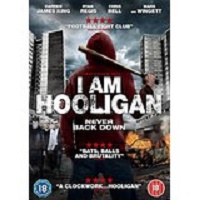 From Greenway Entertainment and director Steven M. Smith (Essex Boys: Law of Survival) comes a hard hitting urban escape film. How a young man wants to get away from his estate and his options are limited.

A dark alley, a lone man walks down it, he is being followed, he picks up his pace but then he spots people blocking the end of the alley. He is hit from behind and goes down as the others rush up and start laying the boots and fists in.

Justin (Darren James King, Blood Feud) lies on his bed listening to his father Ray (Mark Wingett, Snow White and the Huntsman) arguing again with his wife Julie (Sharon Lawrence, The Profession) as things smash and crash in the other room. Next day Eddie (Chris Bell, Hooligans at War: North vs. South) is round Justin’s house talking to Julie as she sports a black eye, just as Ray returns home turning the atmosphere frosty. So Eddie takes Justin to play his first game of golf and asks him about his family and the estate, which he just 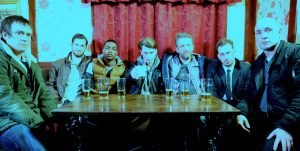 fobs off with stock answers.

Later he is with his friend Kevin (Ryan Regis) and talks about the fights he got into last weekend at the football game. He is invited to the pub to meet his crew, but he is underage, however that isn’t a problem as they are desperate for customers.

His friend Danielle (Katie Alexander Thom, Simon) warns Justin about Kev and his crew and the amount of trouble they get in. Justin meets the crew and is quickly accepted after showing off his pulling power and how handy he is with a fist on the way home when they bump into a couple of lads and it ends in a fight.

With his new moniker (J) he chats with Eddie who has heard about the antics he has been getting up to with Kev and his crew but Justin thinks it is his best option, even if Eddie wants him to come and work for him with a proper job 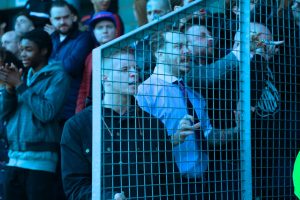 Will Justin go all the way with Kev, will he get away from the estate? See how his young life pans out.

Another good one to add to your football and hooligan collection.

“You wanna be spendin’ some time with me, my life is just brawlin’, crawlin’, drinkin’, druggin’ and women.” 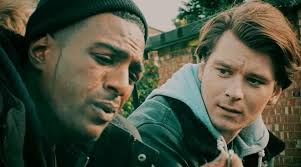