3.0 stars for this latest release in the Naruto series. 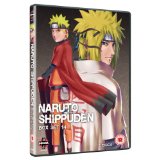 This box set starts at episode 167 in the story, and comprises the last seven episodes of the Invasion of Pain arc and the first four episodes of the Konoha History arc.

Again, this stars our hero Naruto and his friends as they battle the forces of evil.

At the start of the box set , we see Naruto battling with Pain, who has angered him enough to cause his six- tails transformation. As he reaches eight tails, the situation becomes desperate. Will the appearance of the Fourth Hokage be enough to turn the tide and will Naruto be able to track down Nagato and prevent the destruction of his village? 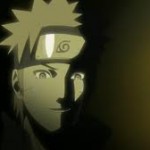 This box set does exactly what it says on the tin, it is the next instalment in the ongoing tale of Naruto.  The graphics are as slick as you would expect from Naruto and the story carries the same strong moral messages as ever.

However, in terms of being an English release, there are a number of issues. The opening and closing themes, although they sound intriguing, are in Japanese and not subtitled. Likewise, the credits are in Japanese, so if you would like to know who was involved in this production without lots of Internet digging, good luck.

The main problem for me however is the disparity between the English dubbing and the English subtitles which have, for some unknown reason, been left behind. They rarely, if ever, say the same thing and you are frequently left wondering whether you should be listening or reading, with no way to know what was originally meant.

That being said, if you are a follower of Naruto then obviously you will be waiting for this with bated breath.

If not though,  unlike the film, Naruto Shippuden: Movie 3 – The Will Of Fire, these do not really work as a stand alone, without the back story you will be completely lost.

A good one for die-hard fans, for a newcomer, not so much. 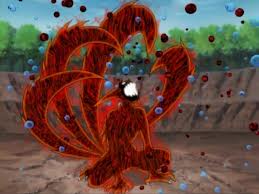