4 stars for the continued adventures of the Going Merry and her crew. 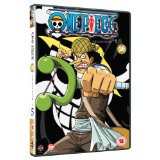 One Piece Collection 5 is set during the Alabasta Saga, episodes 104 to 130 and is in fact the conclusion of this particular story arc.

It follows directly from the events of Collection 4 and sees our heroes The Straw Hat Pirates – Monkey D. Luffy, Nami, Usopp, Zoro, Sanji and Chopper, having finally reached their goal to bring Princess Vivi safely to her home, the Kingdom of Alabasta. 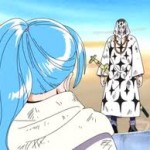 After three years without rain, the Kingdom is in uproar and on the brink of civil war. Vivi is desperate to prevent any bloodshed and will try anything to stop the war, however there are outside forces at work who would love to stop her from meeting with the rebel leader Koza and see the Kingdom destroyed. 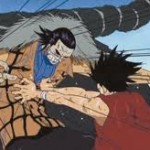 The Straw Hat Pirates soon realize that the stakes are even higher than they thought. The leader of Baroque Works, Mr O. is in fact Crocodile, one of the seven warlords of the sea, whose plan all along has been to destroy Alabasta and turn it into his own Utopia.

It is up to Vivi, with the help of her father’s guards Pell and Chaka and the Straw Hats to take down the Baroque works agents and Crocodile in order to save her country and restore order. 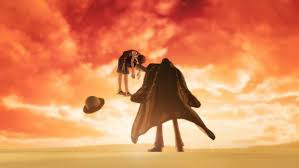 That all sounds very sensible but in true One Piece style, the characters are mindbogglingly colourful with numerous new and exciting devil fruit powers, including Sand-Sand, Bird-Bird and Flower-Flower (Nico Robin’s talent, which allows limbs to bloom anywhere she wishes). No other Manga is quite so good at dressing up what are essentially serious issues in a way that makes them seem more palatable, enjoyable and even funny.

This is One Piece at it’s finest, swashbuckling, totally bonkers yet thought provoking and telling a great story about characters you can’t help but love. This is glorious pirate action, a must to add to any anime collection.

“Raise your flag and stand tall!”

One Piece Collection 5 is available to buy now on DVD