4 stars for this enchanting compilation from Mossy Bottom Farm. 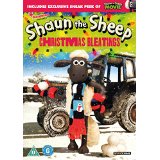 Just in time for Christmas, here is our fix of everyone’s favourite sheep, Shaun and his wayward but very entertaining pals.

These days, Christmas just wouldn’t be the same without Aardman, so this is the perfect stocking filler for your little angels (although do be aware, the majority of the episodes are from series 4, so if they have already seen that, there may be disappointment). 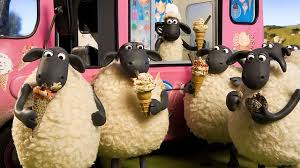 The poor hapless farmer continues to have the wool pulled over his eyes (see what I did there?!) as his dog Bitzer desperately covers up for the sheep, who are not nearly as stupid as the farmer supposes them to be.

There are some real classics here, including Cones, in which the sheep manage to lure an unsuspecting ice-cream van into their field, The Genie, in which we learn how obsessed sheep really are with pizza, and DIY, a seriously good slapstick episode, with strong elements of Laurel and Hardy thrown in for good measure. 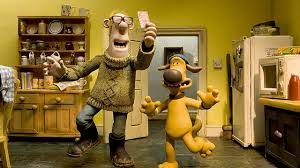 By far my favourite episode however, is the terrifying The Spider, which is worryingly accurate and extremely funny.

As ever, Shaun is beautifully written and pitched just right, so that your kids will find it absolutely hilarious, but there is also plenty of stuff in there that adults can relate to as well.

Also included on the disc are two trailers for The Shaun The Sheep Movie and an exclusive sneak peek at some of the action from the upcoming film, out in cinemas in February 2015! 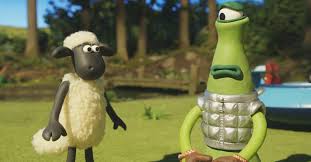 If I have a complaint about this release it would be that despite the name, there is actually no festive content on this DVD other than the menu screens, a little bit of a let down as some Christmas fun with Shaun and his pals would have been just what the doctor ordered.

Other than that though, this is every bit as good as you would expect, good work guys, keep it up Aardman, and let’s all look forward to the movie!

“Get ready to meet the new flock on the block!”

Shaun  The Sheep: Christmas Bleatings is available to buy on DVD from 03rd Nov 2014.