4 stars for this quirky and unique coming of age film. 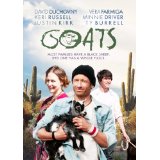 Goats is based on the novel by Mark Poirier (Smart People, Hateship Loveship) and is the directorial debut of Christopher Neil.

This is the story of Ellis Whitman (Graham Phillips – The Good Wife, Evan Almighty), a fourteen year old boy living with his unorthodox family in the foothills of Tucson.

Ellis lives with his neurotic mother Wendy (Vera Farmiga – Source Code, The Departed) and Goat Man (David Duchovny – The X-Files, Californication), a local goat-herder who tends the family pool and garden (growing enormous amounts of marijuana on the side) and is, in return, allowed to live with them. 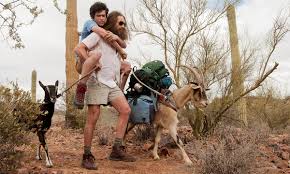 There is nothing Goat Man and Ellis like more than to take extended hikes with their goats, Freda and Lance and smoke large amounts of dope, so when Ellis makes the decision to leave Tucson and head to Gates Academy on the East Coast there are a lot of changes for everyone to adjust to.

Ellis finds himself back in touch with his estranged father F***er Frank Whitman (Ty Burrell – Dawn Of The Dead, The Incredible Hulk) and moves in with his new room mate Barney (Nicholas Lobue – Space Warriors, Parenthood), who has some serious issues of his own. As romance begins to become a consideration and he has to juggle the two halves of his life, he begins to realize things might not be as simple as he first thought. 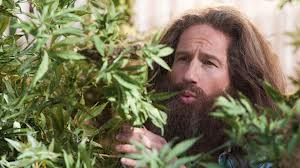 And Goat Man begins to realize that it is very difficult to send Marijuana via the US mail service!

Goats is completely unlike anything I have ever seen before. This is a true coming of age tale, however this time  it’s not just for the teenager, but for everyone concerned.

There are plenty of home truths to be looked at all round and it really is quite fascinating to watch. Although nothing really happens as such, this is very compelling viewing and will have you riveted and on the edge of your seat from start to finish. Well worth buying and one you will want to watch over and over. 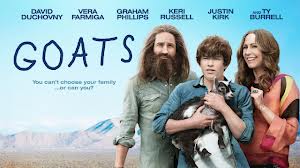 Goats is available to buy now on DVD