5 stars for this totally bonkers and unique film. 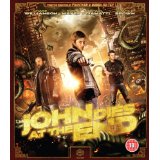 John Dies At The End is based on the cult novel of the same name written by David Wong and directed by Don Coscarelli (The Beastmaster, Bubba Ho-tep).

This is a comedy/ fantasy/ horror, not a combination you would expect to see, yet it manages to be all three of these things very well. 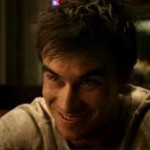 John Dies At The End is the story of Dave (Chase Williamson – Sparks) and his friend John (Rob Mayes – Ice Castles, Enough Said), two slackers who suddenly find themselves responsible for the fate of humanity.

After taking an experimental new drug known as Soy Sauce at a party, they discover that this is no ordinary drug. This is a dimension bending drug, causing all sorts of strange effects, including travel in time and dimensions, psychic abilities, hallucinations and the sudden ability to see demons hiding within the human population. 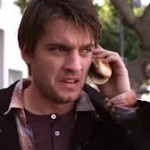 The story is told by a present day version of Dave, sitting in a Chinese restaurant, relaying events to a very skeptical Arnie Blondestone (Paul Giamatti – Romeo and Juliet, Saving Mr. Banks), a journalist desperate to get the big scoop, yet unwilling to believe he may have found it.

This is a very well made film and the acting is excellent from all concerned under some very difficult circumstances. There are some great supporting performances too, including Tai Bennett (Skin Complex) as Robert Marley the drug dealer and Clancy Brown (Starship Troopers, Highlander) as Dr. Albert Marconi. 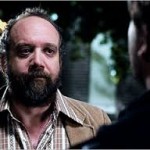 John Dies At The End (you’ll have to watch it to find out if that’s true) is clever, action packed and downright hilarious, constantly keeping you on your toes and trying to guess where this roller-coaster ride will take you, because there is nothing whatsoever predictable about it.

If you fancy a film which includes a man made out of meat, with sausages for fingers and toes and which totally redefines the term “door knob” then this one is most definitely for you.

A must see for all fans of the strange and the downright surreal.