This is a most enjoyable watch, 4 stars of  sci-fi/teenage love story. 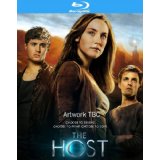 The Host is written by Stephanie Meyer (The Twilight Saga), which I found a little bit off putting before watching it, but don’t worry, this is a very different animal. Directed by Andrew Niccol (Lord of War, Gattaca), this tale of an Earth already lost to an alien invasion has an interesting feel to it, almost oppressive in places.

The Humans have been subjugated by an alien race, known to each other as “Souls” who move from planet to planet inhabiting the bodies of the native species in a misguided attempt to “save” them from themselves (imagine Contact if the invasion had succeeded).

When resistance member Melanie (Saoirse Ronan – Arrietty, The Lovely Bones), one of the few remaining humans, is captured by Wanderer (one of the Souls) the aliens discover a new level of resistance, a human mind too strong to be suppressed and still able to influence the body it once owned. 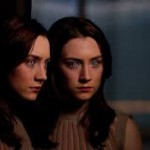 This leaves Melanie with a dilemma, how does she return to the resistance when all they can see is a “soul”?

But return she does, to try and help her brother Jamie (Chandler Canterbury – Knowing, Repo Men), her boyfriend Jared (Max Irons – Red Riding Hood, Dorian Gray) and the leader of their resistance cell, Jeb (William Hurt – The Incredible Hulk, A History of Violence). As Wanderer discovers what she considers atrocities towards her race being committed by the humans, it is up to Melanie to help her understand the race she is trying to destroy.

The bad guys of the piece, hunting the last few humans are known as seekers, the leader known simply as “The Seeker” (Diane Kruger – Inglourious Basterds, National Treasure) and are relentless in their search. 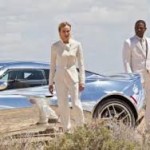 They are easily spotted due to their love of chrome, there are some truly beautiful chase sequences in bright sunshine, shiny cars, motorbikes and helicopters.

The Host is also a love story, rather a complicated one, two females in one body who both fancy different blokes, like a love triangle but with four people. Quite funny really.

This is a good film, very entertaining and well worth a look. An interesting new take on the idea of alien invasion and definitely one for sci-fi buffs looking for something a bit different.