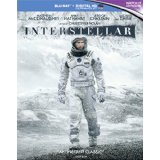 the rest is turning into a dust bowl which repeatedly attacks the rest of the planet. While all the produce farms can harvest is needed to feed the populace, those in control have taken to a policy of looking inward rather than outward to solve it’s problems.

That is why Cooper (Matthew McConaughey, The Lincoln Lawyer) a former NASA pilot, is now a corn farmer living with his father Donald (John Lithgow, Rise of the Planet of the Apes), his 10 year old daughter Murph (Mackenzie Foy, The Conjuring) and his 15 year old son Tom (Timothée Chalamet, Men, Women and Children).

Resources are scarce nowadays and when they come across a stray Indian solar powered drone thing look up as they scavenge parts from it to help the farm out.

Murph is annoyed about her name as it is too close to Murphy’s Law. She is convinced that all the things that happen in her room are a result of something haunting her. But the rest of the family do not take her seriously until there is another storm, leaving strange stripes of sand on Murph’s bedroom. They work out that it is a code and now they take it very seriously as it turns out to be a location, which Cooper goes to find and discovers Murph stowed away in the truck. 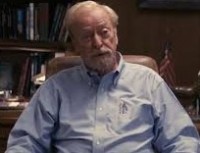 What they find is a secret NASA installation run by professor Brand (Michael Caine, Knight The Dark Rises). He informs Cooper that a wormhole has opened near Saturn’s orbit and that it leads to another galaxy where there may be habitable planets, identified by Brands Lazarus missions. There are three main chances, with NASA’s spaceship Endurance to go through the wormhole and investigate Miller, Edmunds, and Mann, named after the astronauts who surveyed them.

But it will take two years just to get to Saturn and the thought of leaving his children plays heavily on Cooper’s mind. Murph doesn’t want him to go, but this is the job he was made for and with the prospect of saving the human-race he has no other choice but to leave the planet aboard Endurance and head for the supermassive 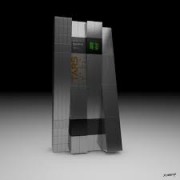 With great graphics and beautiful CGI you are in for a treat as you travel the vastness of interstellar space and explore a whole new Galaxy. Grab the popcorn (as it is the only thing growing in the near future) sit and enjoy a great Sci-Fi film that stands out by a Light Year from the other big budget so called Sci-Fi films out at the moment. 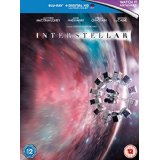 Along with the extra disk full of extra features and the Limited Edition Blu-ray Digibook with 2 disks and a 48 page picture booklet.

The Science of Interstellar

Life on Coopers Farm, The Dust, TARS and CASE, Cosmic Sounds, The Space Suits, The Endurance, Shooting in Iceland: Miller’s Planet/Mann’s Planet, The Ranger and the Lander, Miniatures in Space,The Simulation of Zero-G,Celestial Landmarks, Across all Dimensions and Time, Final Thoughts and the Theatrical Trailers.

Available to order on DVD and Blu-ray Now.