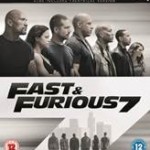 The Eagerly awaited release of the Paul Walker’s Last film. Is Coming to the small screen soon. 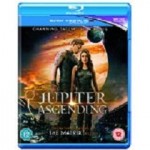 4 Star Galactic Sci-Fi Action.
Lana and Andy Wachowski have written and directed this flashy sci-fi extravaganza, with amazing special effects and CGI, and a full closet of pretty clothes. This is a feast for the eyes, and if you haven’t seen Sci-Fi before this is a good way to get into it. The story is an “I want what…more 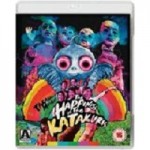 4 stars for this wacky, surreal Japanese musical.
Originally released in 2001, The Happiness of the Katakuris is written by Kikumi Yamagishi (Over Your Dead Body) and directed by prolific cult director Takashi Miike (Audition, Ichi the Killer) and now has it’s world debut in Blu-ray format, courtesy of Arrow Films.
It has been described as The Sound of Music meets Dawn…more 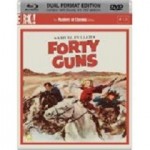 5 Star. It’s Classic Western Time
Eureka bring us #116 in their Dual format series of classic films brought up to date.
This is one of Samuel Fuller‘s (Run of the Arrow) thirty three films, an expert at directing and writing. He made this in the heyday of westerns films. Being shot in black and white it gives the action a stark…more 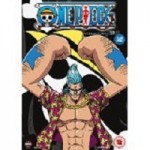 5 stars of tense and exciting adventure with the Straw Hats.
From the pen of the genius that is Eiichiro Oda, One Piece Collection 10 has been given the Funimation treatment and brings us the continuation of the Water 7 arc (episodes 230 – 252).
The Straw Hat pirates have finally made it to the island of Water 7, carrying with them…more 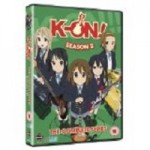 4 stars for this charming and energetic anime.
K-On! Season 2 continues the story of the Sakuragaoka Girl’s High School Light Music Club.
After its rescue in the first series the Light Music Club is still going strong. Even better, the club advisor and music teacher, Sawako Yamanaka, is now the home room teacher of the eldest four members and has arranged for…more 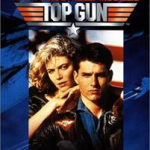 We feel the need. The need for speed.
London: The UK’s original, biggest and best power ballads club night Ultimate Power proudly presents its first ever film event: TOP GUN at London’s legendary Troxy venue to kick the summer off on 26th June. Audiences will have their breath taken away as a cinematic screening of the…more