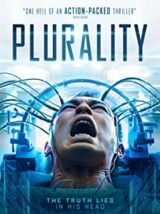 One Cop, One Body, Five Minds.

From writer/director Aozaru Shiao (Brotherhood of Legio, Wake Up (TV Series)) comes a fresh Sci-Fi idea that will blow your socks off. This is the latest hit from the respected director (Dream Flight), and this time he has come up with a cracking story that will keep you on the edge of your seat trying to work out where this story is headed, in a good way.

For years, children who have a birth defect have been disappearing, and parents have been getting ransom notes. These parents have paid ransoms, but their children have never returned, and the police have no idea who is doing these heinous crimes. Until the son of a congressman is kidnapped. Things are stepped up.

Elsewhere, a fourth person gets on an out-of-town bus that is headed out to the countryside. The passengers keep themselves to themselves as the bus heads into the night, the driver is falling asleep until a bird hits the windscreen startling the driver who loses control and the overturns, and explodes.

On the bus was the driver Chia Junsen, a woman Wang Ting, a businessman Liao Zhi-Huei, a man with a photo of a young girl Hsu Mingzhi and a guy in a hoodie Lin Ziping, plus one stuffed toy. The stuffed toy is the clue for the police officer Wang who along with Doc Shen Yiling have gone to extraordinary lengths to bring those people on the bus, (who are now prime suspects in the kidnapping case), in for questioning.

There were no survivors on that bus.

We see a man on a table being experimented on, this man is Chen Guang-Xuan #193 A man on death row who after a suicide attempt was left in a vegative state. But now he can walk and talk, and he is not alone in that body, all four personalities from that bus have 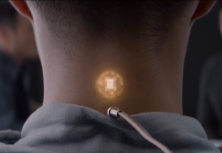 been uploaded into Chen’s head. Each mind is an individual in Chen’s head, but they can all see each other, and more importantly they can see each other’s memories, and this is what is important to Wang and the doctor. Hsu is quite cooperative, especially when offered the body to get the information Wang craves.

Is there a cure for your stupidity?

Plurality is an amazing piece of writing and filming, taking us into the desires and fears of a collective mind and the drive to survive at any cost.

A film that has to be seen to be believed

Plurality is available on Digital and Amazon Prime