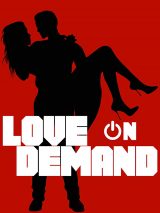 Actor/ director Jon-Paul Gates (Brexit: The Will of the People, The Haunting of Borley Rectory) once again brings us a documentary, this time studying the rise of internet dating and the app’s people use to hook up online.

Filmed on sunny days in the UK’s capital around Leicester Square and Kings Cross station, our intrepid reporter asks those around him for their opinions on online dating services such as Tinder, Bumble, Plenty of Fish and Badoo etc. 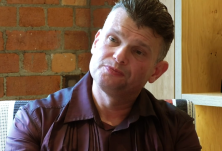 With over 8,000 dating sites World wide and about a 1,000 more being added each year it seems that the trend is not going to stop for some time, but according to the young women in the Tinder age range of Gen Z 18-25 they seem to have tried dating sites but they still feel the organic way of meeting is preferable.

Jon gives us plenty of statistics for the online dating compared to meeting a bar etc and there are men who seem a lot more cautious about their feelings and they wouldn’t want their mother on a site.

with a population around 7.7 Billion the world has a big scope for these sites and it may influence some cultures in the future as the United States has had 40% of their population trying the online dating, now there is something to think about.

As always Jon-Paul gates comes at the question from the right angle and gives us a very interesting debate on whether to app or not to app. With Valentines day rapidly approaching perhaps now is the time to find out if they work for you?

Love on Demand is available on Amazon