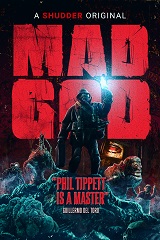 A labour of love thirty years in the making, this magnum opus is a Shudder original, available exclusively on the streaming service from 16th June 2022.

“If you disobey me and remain hostile to me I will act against you in wrathful hostility. I, for my part, will discipline you sevenfold for your sins.” 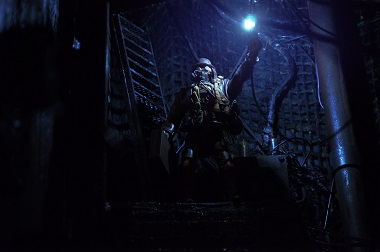 As the film opens, we see a battered diving bell being carefully lowered through a series of post apocalyptic landscapes, a war zone, giant fossils, a room filled with statues (false idols?) and finally a giant demonic skull and this is where it touches down.

Out steps the Assassin, carrying with him a tattered paper map which gradually disintegrates as he moves through this horrific dystopian world. It is peopled by all manner of terrifying creatures, titans and monstrosities created through the fusion of flesh and machinery. 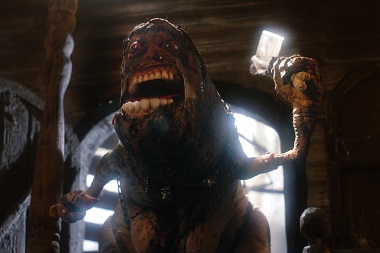 At every turn he is faced with casual cruelty, unthinkable horrors which seemingly leave him unmoved, his only motivation self preservation. We are unsure of his reasons for being here, although later we are introduced to the Last Man (Alex Cox – Repo Chick, Herod’s Law), sending these men down to the depths of depravity. 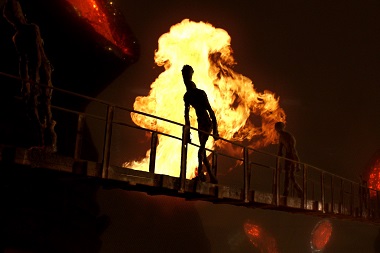 Mad God is a quite astonishing piece of work. Although there is no dialogue, a grim excerpt fron Leviticus sets the tone, however it does not prepare you for what is to come.

This is a sensory overload from start to finish, packed with deeply disturbing images and concepts. It is apparent that there is deep anti-war sentiment here, but some of the other messages are more difficult to decipher and will probably be interpreted differently by everyone who watches it. The sound track by Dan Wool (Tombstone-Rashamon) is perfect, adding to the sense of desolation and loss. 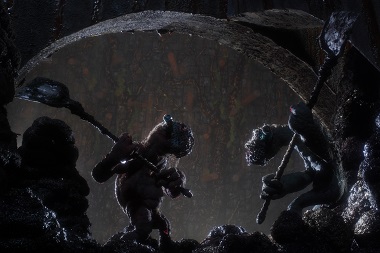 This feels like a big two fingers to the Hollywood establishment, as if Phil Tippet has been waiting to show the world what he can do given free reign, and it was most certainly worth the wait. With no plot to speak of there is nothing to detract from the sheer attention to detail, from the tiny sets to the textures of the faceless slaves, nothing is left to chance.

While it won’t appeal to everyone, fans of the genre will marvel at the skill that went into this film, deeply reminiscent of the work of Ray Harryhausen and it is well worth a watch.

“I will spurn you, I will lay your cities to ruin and make your sanctuaries desolate and I will not savor your pleasing odors.”

Mad God is available to stream exclusively on Shudder from 16th June 2022.