4 stars of thrilling and funny drama. 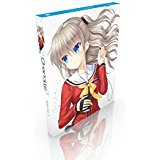 “Think about others. When I did that I turned into someone else…” 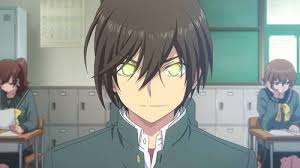 Yuu Otosaka (Ray Chase – Final Fantasy XV) is a young student with a very strange ability. He has discovered that he can possess the body of anyone in his line of sight for 5 seconds. It comes with its own drawbacks however, it causes his body to fall unconscious for the duration.

He soon learns how to use this power to his advantage, using it to occupy the bodies of intelligent students in his class during exams, copying their answers and getting top marks every time. With very little work, he soon manages to get into a prestigious school, Hiromori High School, where he continues to abuse his powers.

This happy little existence is abruptly halted when he finds himself summoned to the student council room accused of cheating and ordered to retake a test.

This is when he meets the irrepressible Nao Tomori (Lauren Landa – Noragami, Puella Magi Madoka Magica), head of the student council of Hoshinoumi Academy. She reveals to him that he is not alone in his ability, she too has a power, she can make herself invisible to one person of her choice at a time.

He is also rudely introduced to Jojiro Takajo (Lucien Dodge – Aldnoah.Zero), a young man who can move at incredibly fast speeds, but with no control over where he stops.

The two of them insist that both Yuu and his younger sister Ayumi (Kira Buckland – Kill la Kill) move house and attend Hoshinoumi Academy, where the students all have or may develop special abilities. It is the job of the student council to find and protect these individuals, to prevent them from being captured and experimented on. Yuu must now join the battle to keep his kind safe. 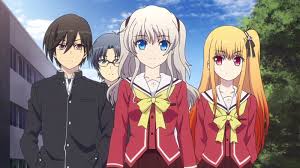 Charlotte Part 1 is a very enjoyable anime to watch, with a good story and an interesting concept. The animation is lovely and although it is slow to  get going, it was worth the wait and gets pretty dark towards the end. There are some emotional moments, neatly offset by plenty of slapstick comedy which all helps with character development.

Well worth a watch and really looking forward to Part 2. 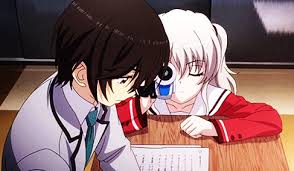 Charlotte Part 1 is available to buy now on Standard DVD and Dual Format Blu-ray and DVD.