4 stars for this glossy and exciting supernatural thriller. 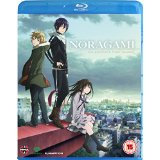 From the animation studio Bones (Space Dandy, Fullmetal Alchemist) and directed by Kotaro Tamura (Wolf Children, Assistant Director), Noragami brings us a beautiful world of Gods and beings from the “Far Shore”, interacting with the humans living on the “Near Shore” and the consequences of this meeting of two worlds.

Yato (Jason Liebrecht – Dragon Ball Kai) is a God, a God of War to be precise. However, in the modern age, work has become scarce and he is now practically destitute, scratching a living by writing his mobile number on walls in public places and charging 5 yen for his services, regardless of the job. 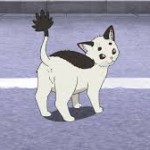 To make matters worse, his partner and Regalia, Tomone, has finally had enough and leaves him in the lurch and defenseless without a weapon. Unable to kill Phantoms any more, he is reduced to looking for lost cats. Yato sets off running across a road in pursuit of Milord. However, an oncoming bus has other ideas, and it is only the quick thinking of a schoolgirl standing by the road which saves him.

Hiyori (Bryn Apprill – Attack on Titan) finds herself with a problem after the accident however, her soul keeps slipping out of her body. In spirit form, she is part Phantom, standing between the two shores and thus can see both worlds. She also has a tail which acts as the tether to her body. Fed up of randomly falling asleep and coming out of her body, she pays Yato to fix it. 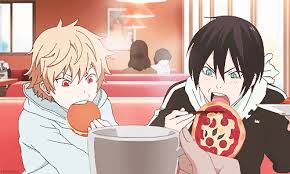 He can’t do that without a Regalia, so he takes on the soul of a young boy, Yukine (Micah Solusod – A Certain Magical Index, Guilty Crown) to fight by his side. Things don’t always go as smoothly as they should and they find themselves in all sorts of unexpected battles in a human world turned upside down by the presence of too many Gods and Phantoms. 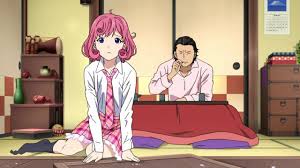 With such a chequered past, it was always inevitable that Yato would attract the attention of the enemies from his past, as God after God attempts to  take him out and Yukine and Hiyori desperately try to keep him alive, each for their own reasons.

Noragami shows us an enthralling world, where Gods walk side by side with humans and Phantoms whisper negative words into the ears of the desperate and lost. The story is very well written, goes much darker than I expected and certainly keeps you engrossed right to the very end. 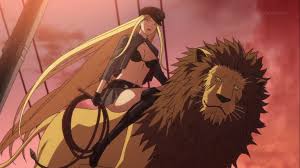 The characters are so endearing that you do find yourself caring what happens to them and rooting for them as the story unfolds and the animation style is stunningly beautiful. It also features a brilliantly atmospheric soundtrack. I would most definitely recommend adding this one to your collection, well worth a watch.

“They will come for you. They’ll come eager to corrupt your soul and consume it. Once you’re possessed by a Phantom you lose who you are. You’ll cross lines that shouldn’t be crossed and you won’t even hesitate. Because what you’ll find beyond may be a living hell, but it’s a pleasurable one.”

Noragami is available to buy now on DVD and Blu-ray.