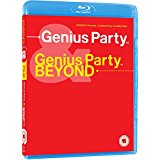 Things of Beauty and Wonderment.

In 2007 Studio 4°C (Steamboy, Princess Arete, Memories) decided to release seven of their short animations as a collection in Genius party, it includes seven very different animations, then in 2008 they released five more of their imaginative and out there films. All The Anime brings them together in this Blu-ray release. This release is for any anime fan and aspiring art students as this goes from primitive images to the ultra real to the surreal. Anime is like a box of…

The opening animation “Genius Party” feels and looks like something out of an Aboriginal tale of the beginning of the world, with bizarre creatures straight out of imagination. They change and evolve into more amazing flights of fancy, that sees the creation of new species. 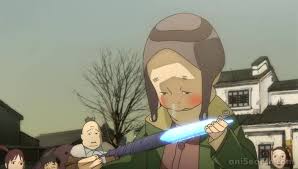 with all its inhabitants going about their daily routine, until we get to the school where we meet the snot nosed Gonglong, a young boy who loves to draw on anything. He finds a futuristic glowing stick that glows and when he draws with it, the things he draws come to life, which is of interest to the Time Space Patrol.

“Deathtic 4” is eleven minutes of zombie schoolboy nightmarish day where he finds a live frog that fell from the sky. He decides to try and get it back to its own world.

“Doorbell” is about a high school boy who is a ghost of himself and he must change his ways to be the version that can be seen by the girl he likes.

All in all this is a great collection of shorts that will thrill and inspire all who watch it. 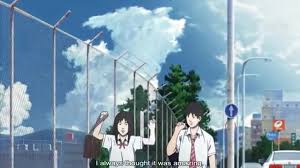