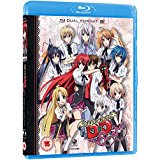 Part three of the breast fetish high school antics of the Occult Research Club, these little devils will fight the good/demon fight. 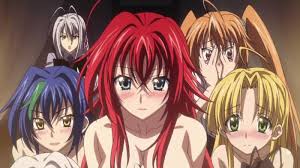 Issei Hyodo is happily dreaming about his mistress Rias Gremory and his fellow occult members Asia, Akeno, Xenovia, Koneko and as usual they are all fawning over his affections whilst showing off their ample assets. This is an out and out harem anime and a pure breast and panty fetish series.

The Occult Research Club are still rookies in the arena and need to be trained to fight as a team. As it is the  start of the summer break they decide to all go to hell and undergo some intense training.

Even on the train, it is a long journey to Hell and the guys and girls chat away until the train comes to a sudden halt and they are all 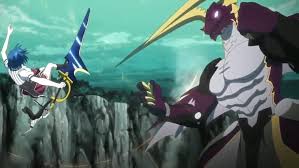 teleported to the surface. They are attacked by Tannin, a huge red dragon. Issei being the Red dragon Emperor, initiates his companion Ddraig/ Boosted Gear and they come up with a quick plan of action. As they fight it is obvious to everyone involved that they are out classed and when Rias and Azazel appear it dawns on them that this was a assessment of their skills.

Due to each individual’s hang ups and past, they cannot release their full potential especially Issei. As he cannot use his Boosted Gear, he needs to unlock what it is that initiates the next boost to his Gear. This is always involving Rias’s breasts.

There is trouble in Hell, as factions want to bring around Pandemonium and others want to start Ragnarok. The Norse God Odin does not want this and he will help house Gremory keep the status quo, whilst Loki wants to cause havoc.

When the Demon Diodora Astaroth takes an unhealthy liking to Asia, the girl that saved his life, things turn bad for the members of the Occult Research Club.

Watch as the club becomes a true fighting force and how the relationships between each member become strong as Issei is the rock all the girls need. 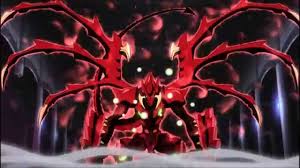