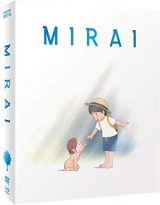 Mirai is written and directed by Mamoru Hosoda (Wolf Children, The Boy and the Beast), although it is quite different to his usual style. It is the third film produced by Studio Chizu. It is presented here with both the English dub and the original Japanese track with English subtitles courtesy of Anime Ltd.

“You must always be nice to her, and you have to protect her no matter what, always.”

Mirai tells us the story of Kun (Jaden Waldman – Pinkalicious and Peterrific), a four year old born to a well to do family. His mother (Rebecca Hall – Transcendence, The Gift) is an executive and his father (John Cho – Star Trek, The Exorcist) is an architect, who designed their modern house in Yokohama around a tree which now grows in their courtyard. 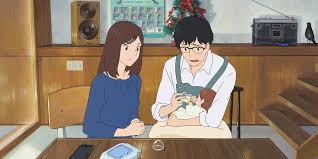 He has always enjoyed the complete attention of his parents, playing with his bullet trains and being doted on, but his young life is thrown into chaos by the arrival of his baby sister, Mirai (Victoria Grace – 47 Ronin), named to mean “Future”.

All of a sudden, he finds himself pushed into the background as his mother prepares to return to work and his father prepares to work from home and take over running the household. 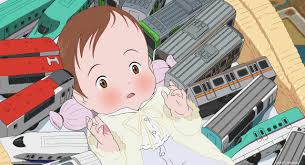 He is very jealous of his sister and begins to play up, being mean and nasty and occasionally violent towards his new sister.

One afternoon he runs into the garden in a tantrum and suddenly finds himself somewhere quite different looking. He meets a strange man who claims to be the “Prince” of the house and who he soon realises is actually the family dog Yukko (Crispin Freeman – Durarara!!x2, Young Justice). 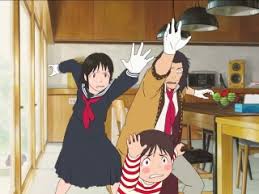 On numerous occasions when he goes into the courtyard, he meets family members past and future, including a teenage version of his sister Mirai, who give him insights into life and how the world works, in order to help him to appreciate his parents and become the big brother he needs to be.

Mirai is a very well written story, heartwarming and with some moments of real humour too. It does have a few issues, the pacing is strange and it leaves it very late to explain what is actually happening. It would also maybe have more impact if the protagonist was just a little bit older, old enough to really understand what is going on. 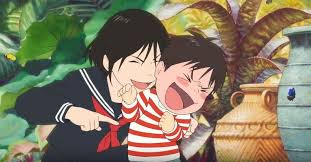 None of this really detracts from the enjoyment however. The whole thing has a magical feel to it and some very important lessons about love and life and seeing things from other people’s perspective. A lovely watch, beautifully animated and something for the whole family to enjoy.

“That’s just awful. Yep, a complete wreck. I’m talking about your attitude. Boy, does it stink.”