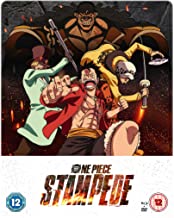 One Piece Stampede is a stand alone film forming part of the immense franchise that is One Piece, written and illustrated by the amazing Eiichiro Oda. It is set after the timeskip.

It brings together all of our favourite characters from this highly popular shōnen anime for an out and out pirate romp.

“So, let’s do this. We’ll usher in a new era with the greatest party the world has ever seen, made by pirates for pirates. Yeah, we’re bringing the Pirate Fest back, baby!” 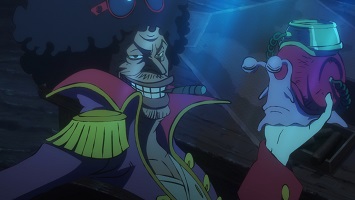 The word is out on the high seas, pirates crews from all over the Grand Line are being invited to the Great Pirate Festival on an island where the King of the Pirates himself, Gol D. Roger (Sean Hennigan – Tokyo Ghoul, Noragami) hid an invaluable treasure. The invite is being issued by the suspicious Buena Festa (Mick Wingert –  Spiderman). 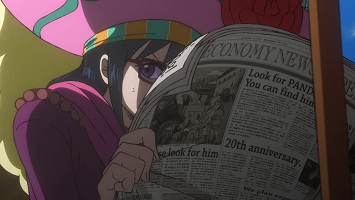 Of course, every crew will answer this call and the Straw Hats are no exception. Monkey D. Luffy (Colleen Clinkenbeard – Yuri!!! on ICE) is never one to turn down a treasure hunt, even when it is as obviously a trap as this one is. Nevertheless they all agree that they should go. 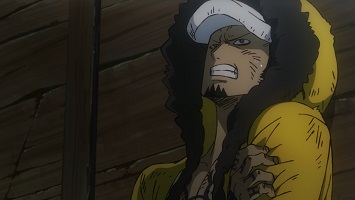 The great treasure hunt begins with a clue “In a deep lofty darkness, you will find your answer”. This is quickly solved as an enormous island encased in a bubble bursts free from a lagoon and soars into the sky. What ensues is a mad race to reach the island, however things may not be as they seem. 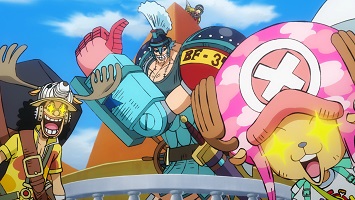 One Piece Stampede is a glorious pirate rampage which will be a must own for fans of the franchise. It is as colourful, exciting and bizarre as we have come to expect and the dazzling array of characters, both heroes and villains, makes for a fantastic greatest hits film, filled with action and thrills. With stunning revelations and typical Luffy behaviour, this one is well worth adding to your collection.

“A treasure hunt with pirates is gonna be crazy. Who cares if it’s a trap, it’s time to party! Full speed ahead  to the Pirate Festival!” 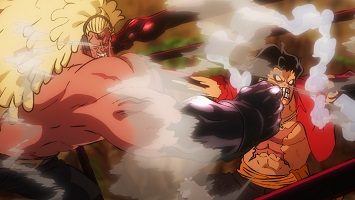 One Piece Stampede is available to buy now on DVD, Blu-ray and Limited Edition Steelbook.