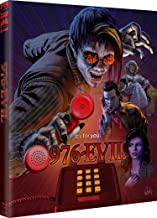 Originally released in 1988, this classic horror is the directorial debut of legendary horror actor Robert Englund, best known for his portrayal of Freddie Kruger in the Nightmare on Elm Street franchise. Written by Rhet Topham (Trick or Treat) and Brian Helgeland (Mystic River, Legend), it is presented here on Blu-ray for the first time in the UK courtesy of Eureka Classics.

“Welcome to the caverns of the unknown. I am the Master of the Dark. The guide to your destiny.” 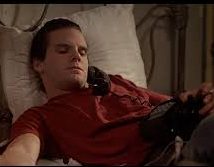 Spike (Patrick O’Brian – Relentless) is a rebellious teenager, living next door to his Aunt Lucy (Sandy Dennis – The Four Seasons, Another Woman) and his cousin Hoax (Stephen Geoffreys – Fright Night). He hangs around with a bad crowd, both in and out of school and can frequently be found playing poker with Marcus (J.J. Cohen – Back to the Future, Valley of the Dolla) and his gang. 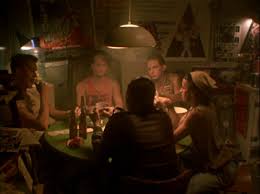 His cousin Hoax is the school nerd, fascinated by insects and oppressed by his eccentric and highly religious mother Lucy. He is constantly bullied and is the butt of Marcus and his friends jokes, despite Spike’s efforts to help him out.

After a disastrous game of poker one day, Spike finds a flyer in his magazine advertising a phone line 976 EVIL, call to find out your horrorscope. 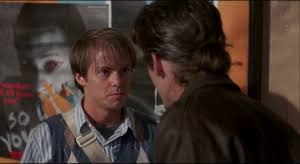 Curious he calls it and finds it surprisingly accurate, however it begins to urge him to do things he would rather not do.

Things take a turn for the worst when Hoax finds it and people begin to regret bullying the helpless nerd. Can reporter Marty (Jim Metzler – L.A. Confidential) get to the bottom of what is happening before it is too late?

“A real man has the nerves to take what he deserves…” 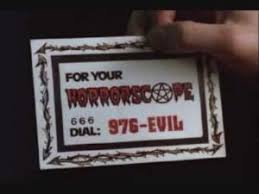 976 EVIL is a very entertaining film. It’s so utterly 80’s it’s almost like being transported back there, from the hair and the clothes to the thick haze of smoke which fills most of the scenes. There is lots of gore and although it does take a while to  get to it, it’s well worth the wait.

As you would expect for a film of this period, the special effects are excellent and managed to make me cringe a couple of times, very satisfying. This is a fantastic blast from the past, just in time for Halloween. Well worth adding to your collection.

“Your problem’s not nearly as bad as it seems. Just take in a late show and meet the girl of your dreams.”

976 EVIL is available to buy now on Special Edition Blu-ray.