4 Star Geriatric Duo cleaning up the Streets of L.A. 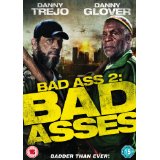 Written and Directed by Craig Moss (The 41-Year-Old- Virgin who Knocked Up Sarah Marshall and Felt Superbad About It). This follows the continuing story of how the streets of L.A. need to be cleaned up by those that live on them.

A film that has it’s tongue firmly wedged in its cheek and delivers the knock out punch. Great Fun.

Frank Vega, (Jonny Trejo, Machete Kills) is Bad Ass. Three years ago, he was made an honorary police officer after taking on thugs on a bus. Now he is running his own boxing club, trying to show the young the right way to go, but the pull of drug dealing is a powerful enemy. His long suffering neighbour Bernie, (Danny Glover, Lethal Weapon) runs a convenience store and

hasn’t left it in 25 years as he is agoraphobic. He is Mr Grumpy and he and Frank have a rapport that sends sparks around the room when ever they meet, but it is all friendly fire really.

In Franks gym, he has a favourite, Manny (Jeremy Ray Valdez, Line of Duty) who is just about to turn pro and Frank treats him like the son he never had. Manny gives him a brand new phone so that he never 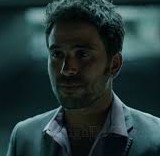 has to find a payphone. Frank knows it’s expensive but Manny says that he has been saving up and Frank takes him at face value. But Manny has a sideline selling drugs for Adolfo, (Ignacio Serricchio, Quarantine 2: Terminal), However, he has been skimming off the top and you cannot do that, so soon Manny is lying dead in an underpass. This hits Frank hard and he needs more liquor and when Bernie doesn’t answer the connecting door he goes around the front. Only to be there when the shop is held up by three guys. After they pistol whip 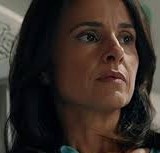 Bernie, Frank sets about dealing out street justice. When the dust settles, Bernie repays the favour after Frank has ruffled some serious feathers. They team up to find Manny’s killers after his mother Rosaria, (Jacqueline Obradors, Crossing Over) gives Frank a heart felt plea to bring them to justice.

Let the violence and fun begin as Frank and Bernie cut a swathe through the drug dealers, henchmen and those that are in charge.

Great explosive stuff, the Geriatrics are coming. They are serious Bad Asses.