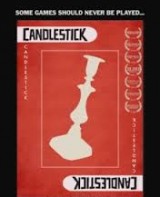 From the young British Director | Writer | Producer | Editor | Sound department | Soundtrack | Cinematographer | Camera and Electrical Department | Editorial department | Miscellaneous Crew Christopher Presswell (Forget Paris), who will do anything it seems to ply his trade as a director and filmmaker, comes his second film Candlestick, written by András Forgrács and Presswell.

They bring us a tale of the old days of the silver-screen (40’s/50’s) of murder/mystery films, right from the opening credits, the original music from Jonathan Armandary (Forget Paris) takes you to the films of the legend Alfred Hitchcock (Vertigo, Rear Window). 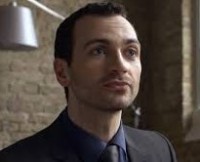 Jack (Andrew Fitch, Cinderella) lives in trendy London, England. We find out that it is Thursday the 11th and it is lunchtime. 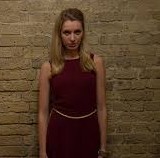 about his prowess and his dynamic personality, while all the time sounding like a middle-class snidey toe-rag as he glorifies his many virtues over those of Vera’s husband with whom she works and who thinks that she is out to lunch with her old school friend Stacey (Amy Barns).

Jack has a plan in mind, a board games “Night”, he is inviting his child hood fri 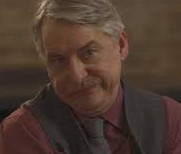 end Frank (Nigel Thomas) who appears to be a weak willed wet blanket, why he puts up with Jack’s demeanour for all this time is testimony to his wetness. Also invited is Vera who he tells to turn up at 8:15pm along with his Uncle Major Burns (Tom Knight, Midsomer Murders) with whom Jack has a very 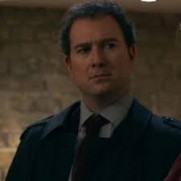 long-standing rivalry and his very good friend Inspector Marcus Evans (Dan March, Miranda) a man with a keen eye and a deducting mind. Just the person to invite to a game night with cluedo in mind.

But when Frank turns up first there is a glint in Jacks eye as he informs his friend that he thinks he saw his wife with another man, you can see the cogs turning behind his puppy dog eyes.

With the major telling old tales of his perception skills you can see where Jack gets his temperament and his rivalry, he must have his revenge and win the big game.

There is a plan afoot and the tension builds into an old school thriller as the plot twists and turns back on itself.

What will be the outcome of this all as Jack goes for the coup de gras.