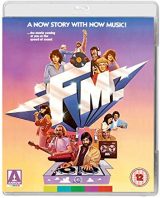 Arrow Video bring us a classic in this 1978 music fest, with music that sails directly down the middle of the road. Directed by John A. Alonzo (Portrait of a Stripper) as his first and only feature film and written by Erza Sacks (A Small Circle of Friends). It tells the story of Q-Sky 71.1 FM the most popular radio station in L.A.

Right from the start of the film you get the vibe from the Steely Dan track “FM (No Static at All)”  especially written for the film.

Goodnight from the Prince (Cleavon Little, Blazing Saddles, Murder by Numbers) of Darkness and soon to be on, if he makes it in time is our esteemed 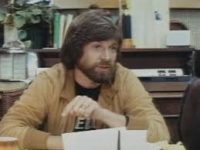 leader Jeff Dugan (Michael Brandon, Contagion, Captain America: The First Avenger) who races through the streets of L.A. to get to work on time for his first record.

Jeff runs the Q-Sky radio as part of the Billings industries radio division and so far he runs it with the minimum amount of adverts, which is popular with the music lovers out there in West America. The

they send over sales manager Regis Lamar (Tom Tarpey, The Manhattan Project) from Chicago. He has army Lieutenant Reach (James Keach, The Long Riders, Carquake!) wanting to flood the airwaves with his adverts to join up. Jeff also has to contend

with rival radio station boss Michael J. Carlyle (Terry Jastrow, Love & Money) who is promoting his Linda Ronstadt concert (which Jeff intends to…) whilst Jeff joins Save the Whales and his Jimmy Buffett fund raiser concert.

Listen and watch the best radio station on the West coast.

Absolutely the best music for a summer of sun. 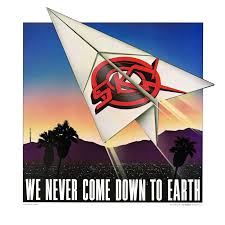 FM is available on Blu-ray