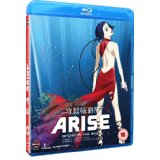 Directed by Kazuchika Kise and screenplay by Tow Ubukata, they bring us a re-imagining of the rise of Major Motoko Kusanagi and her squad. Featuring music by Cornelius, it brings us a feel of Akira, with the amazing images and anime of Production I.G.

The Major has managed to bring together former enemies and formed them into a squad of experts in their own fields.

It is a year since the end of the non-nuclear WW IV and the big money is in water supply and the arms trade. When a bomb goes off at a dam, an operative is killed and at the same time head officials of a water company and an arms dealer are killed in a bombing at Nishinouchi in Newport City, Kusanagi’s team is brought in to 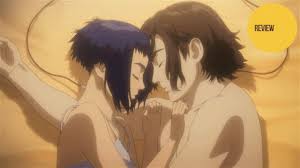 investigate. With a record 5 hours 7 minute vacation Kusanagi breaks off her down time with her prosthetics wizard boyfriend Akira Hose.

When the body of Detective Naoharu Mizuki body is discovered near the dam it is up to Togusa to investigate his death and the suitcase full of prosthetic legs and arms from Mermaids Legs made by Kusanagi’s boyfriend of three months. 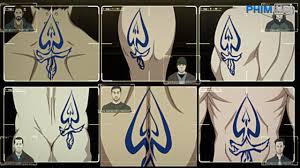 With terrorists attacking, the Major gets Ishikawa to track down the leader and she heads out to capture him. When she hacks into to the ring leader she gets the others to surrender but she is infected by a virus from the terror boss. This is when she sees the symbol of Scylla tattooed on him, a symbol she thought she would never see, as she swears Scylla was killed during the war.

With people plotting in cyberspace, and altering other people’s reality, and with false memories, will the major and her team solve the mystery?

I’m  not a fan of prequels or re-imagining of characters, but Borders pulls it off. And who will be the final member of Kusanagi’s team? Well if you are a fan of GITS you will already know. Production I.G. make it look beautiful as always.